Earlier on we told you that Destiny would be going offline in order to make way for a hot fix. It means that in a matter of minutes, you’ll be seeing the error message ‘Destiny servers are not available’, but you won’t need to worry about any more hack fears.

Bungie has already said that this hot fix is to give the game increased security against such attacks, whilst also bringing general performance and stability updates to the game’s multiplayer mode, including match-making where there has been some frustration since launch.

Right now, the Destiny server status is still live and we’re willing most of you are desperate trying to get your hands on last minute legendary gear before the exciting Destiny Iron Banner event begins. 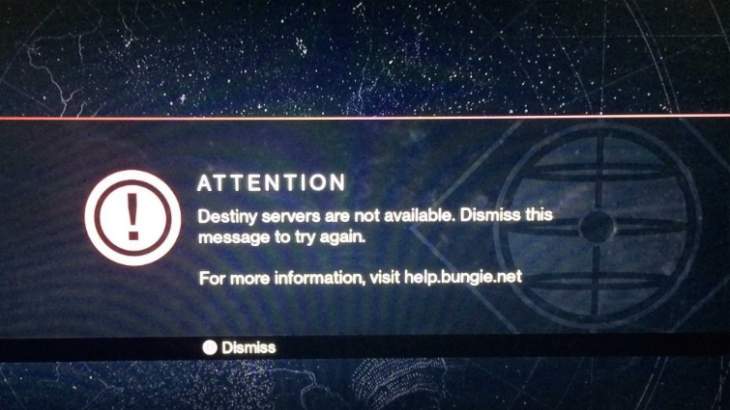 For those that want the full lowdown on what Bungie are doing during the maintenance, you can find a full heads-up here on the bungie website.

We are just moments away from the scheduled downtime, so are Bungie Destiny servers down for you already, or can you still get into a game?

Let’s hope that the downtime does not last longer than 2 hours, as we have some Iron Banner fun to enjoy. Let us know how your progress with the game is going so far.