The leaks are coming thick and fast on the eve of E3 2016 and now it looks like Bungie has spoiled their own surprise by revealing the official Destiny Rise of Iron release date for PS4 and Xbox One.

Not only that, but we are just hours away from the first Destiny Rise of Iron trailer as well after Bungie posted a mini-trailer teasing a full reveal on Twitch today, Thursday June 9 at 10am Pacific Time, 1pm Eastern and 6PM UK time. 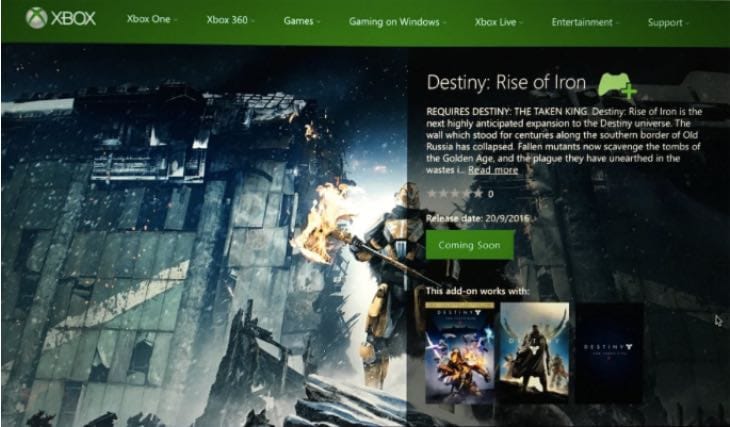 It’s amazing how many times we get early information in this way, don’t forget this is just coming hours after Injustice 2 was leaked in a similar way too courtesy of GameStop.

How pumped up are you to play Rise of Iron? We’ll be keeping you up to date with further leaks as they happen, so give your thoughts on the release below.

Update: We’ve got the full trailer early! Watch it below before it is removed and let us know what you think.