Sony announced plans to offer free PS4 themes for Destiny and COD Advanced Warfare, a very generous act on their side. However, it looks like these themes are dependant on region, or in simpler terms Sony only wants you to have them if you live in America or Europe.

We’ve noticed that the free themes mentioned above are not available for everyone sadly. Specifically, the Destiny and COD Advanced Warfare themes are missing in Australia and Asia Pacific countries such as Hong Kong at the time of writing.

The PS Store updates have already taken place in both regions and now it looks like PS4 gamers in those areas will have to put up with the other three themes that are available instead – Rectangular, Paper Sculpture and Spiral. 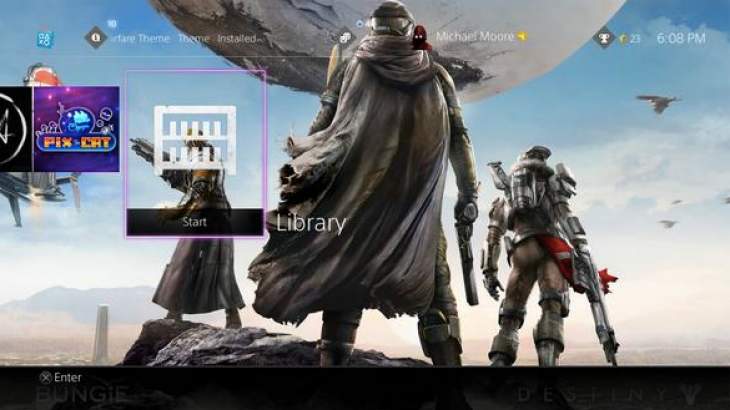 If you have the Destiny theme installed, it will look something like this as you can see in the image above – it’s a lovely theme available for free.

It’s disappointing though that not everybody can enjoy them and it almost feels like Sony are putting users into various boxes and deciding who gets the best content.

We haven’t seen any statement from Sony before or after the PS4 2.0 update to confirm that the Destiny and COD Advanced Warfare were region locked, so hopefully that changes.

If you live outside the US and EU, let us know if you are also facing the same problem with the Themes missing on your console. Do you think this is unfair and Sony should make all Store content universal – especially when it comes to free handouts?