We know that Destiny on PS4 and PS3 will feature exclusive content, but now Sony and Bungie have given us an exact idea of what PlayStation content will be included, that won’t be on Xbox One and Xbox 360 versions of Destiny.

After playing the public beta, we imagine that all of you are pumped for the final launch this September. It could end up as the biggest launch of 2014 and with Bungie in charge we have a feeling that gamers are in for a great time in terms of post-release DLC and ongoing support.

Now for PlayStation owners specifically, feast your eyes on this showreel that Sony has boasted about. It’s only a minute long but it features some of the exclusive weapons, as well as maps that you’ll be seeing in the game when it launches on September 9. 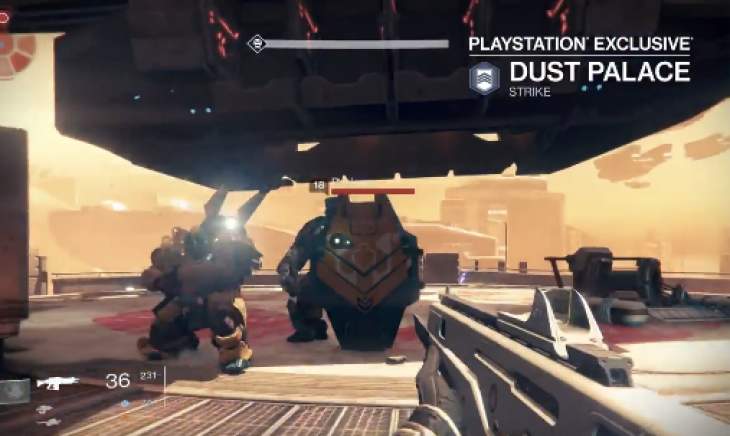 That’s a pretty vast list of exclusive content you have to say and Sony has put emphasis on the fact that they are ALL exclusive to PlayStation, not timed-exclusive, exclusive period.

Sony has also stuck the dagger in further by saying right at the start of the clip that the ‘Ultimate Destiny experience is only on PlayStation’. It’s a surprising turn of events from Activision and Bungie you have to say after previously setting up camp on Xbox with the Halo franchise.

PlayStation owners, how do you feel about these exclusive items? Xbox owners, are you slightly frustrated that these won’t be available on your version ever?