Hours ago we gave you a great heads-up on the capabilities of the Destiny Plan C Exotic Fusion Rifle, after it appeared in Xur’s new inventory this weekend. Now we can see how the Plan C Exotic gun compares to the other beastly fusion rifle in the game, with a Destiny Plan C Vs Pocket Infinity review.

The Pocket Infinity Exotic fusion rifle is considered to be one of the best weapons in the game, a claim that has also been matched by the Plan C though.

Both weapons have great stats and very good impact and reload attributes. If we were to pick a winner between the two though, we would have to choose the Plan C every time. 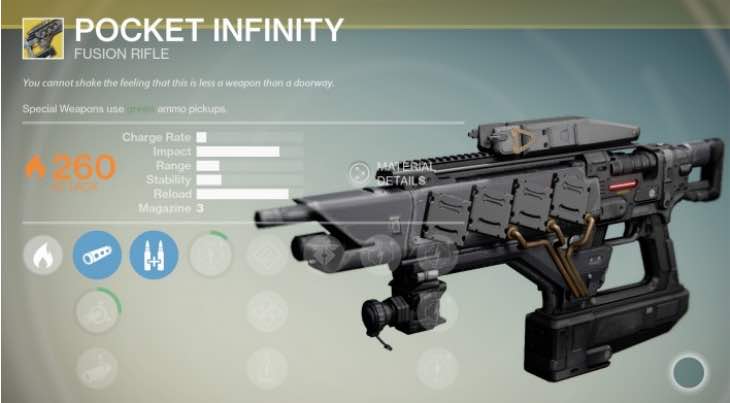 Now, we can give you a close look at both weapon’s stats, allowing you to make your own decision on which weapon you think is the better of the two.

The Plan C matches the Pocket Infinity in every aspect of stats, but offers even more with greater range stats and higher base damage output.

We’ve included a video review below which gives you a six minute overview analysis on the two weapons. Which one gets your vote? Let us know your thoughts on both below.