Xur is back in the tower and he has brought another bag of goodies. He keeps offering items from House of Wolves and this week we can see that he is selling other tempter for you – the Destiny Peregrine Greaves Exotic Titan Leg Armor.

As a result, many of you will now be wondering are the Peregrine Greaves worth buying from Xur for 13 Strange Coins, so we have picked out a popular Peregrine Greaves review for you to read before you decide to buy.

On top of that though, we wanted to address a specific issue with this Titan Leg Armor as many players have said that the Peegrine Greaves are overpowered in Destiny – especially in PVP.

There’s an entire thread on Reddit about the Peregrine Greaves, with overpowered the key topic since they give Titans the ability to output triple damage with shoulder charge in mid-air. 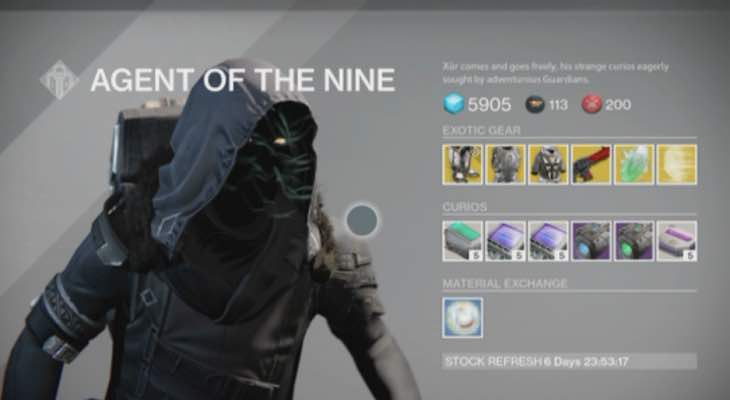 600 Base damage is a big deal in PVP and the Reddit thread created one month ago after the House of Wolves launch has since had over 200 comments debating whether Bungie needs to issue a patch or not.

Now that Xur is selling them this weekend, this is only going to intensify the debate further. 13 Strange Coins is a bargain for a piece of Leg Armor that grants triple damage without any real effort.

Read the full review below from Planet Destiny, then come back to us and let us know if you think the Peregrine Greaves are overpowered or not.

Does Bungie need to tone them down or leave them be? Guess we will find out now that everyone will be buying them.