The next Destiny Iron Banner is coming really soon and maybe in March, or at latest April 2016. The majority of Destiny players are ready for another Iron Banner event, although some are still getting ready and happy to wait until after the Destiny update 2.2.0 that has a release date of April 12th.

We’ve seen a number of tweets from the gamers this week asking Destiny support directly about any possible date. Also, others are making their own predictions with March 29th coming up a few times for the next Iron Banner event in Destiny. 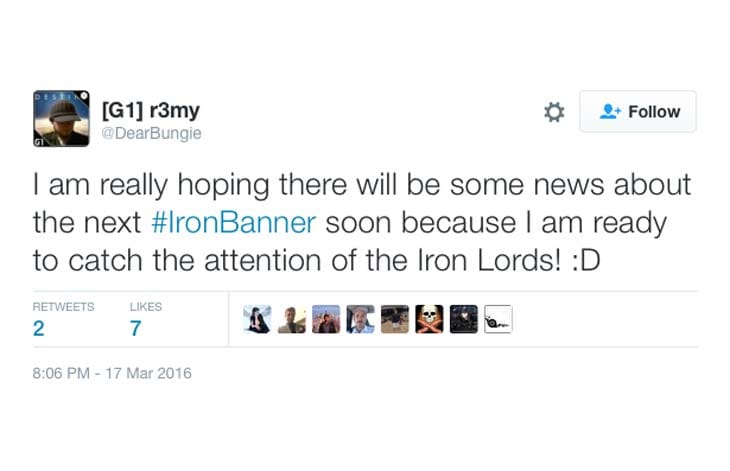 It’s also true we could see the Developers/Bungie wait until after the Destiny Spring update, in fact a few fans have said they won’t come back until then. 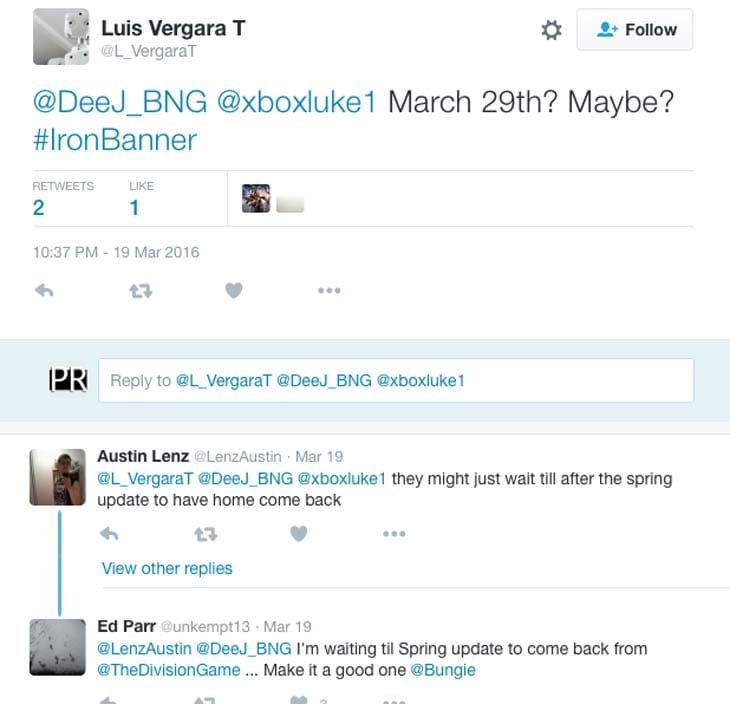 Are you ready for the next Destiny Iron Banner event? Would you rather the date be in March, April, or later? Maybe you’re busy playing another game like The Division? Let us know your predictions in the comments and of course, keep connected to PR as we will break the official date the moment it arrives.