It is going to be a very interesting day for Destiny players on Tuesday, since Bungie has introduced some massive weapon changes after the Destiny December 1 update. We are focusing on Destiny’s new Vex Mythoclast review now, since this weapon can now go higher than the max stat of 300, with a Vex Mythoclast buff to 323 attack.

Some Destiny players are already complaining that the new Vex Mythoclast Exotic Fusion Rifle is overpowered after the update. However, we are only noticing a 10-20% increase in damage and we don’t think that warrants an instant ‘overpowered’ reaction from what we see all over social media right now. 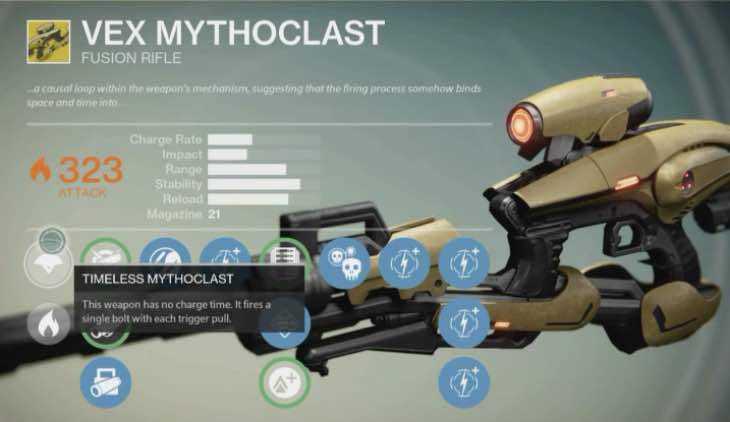 Don’t forget that there are new Destiny Raids on the way and most of you will be having problems with the new bosses that are around level 30. This is clearly a move made by Destiny on purpose with the extra damage on the Vex helping to ease the situation a bit.

We’ve included some instant gamer feedback with a few new Vex Mythoclast reviews in Destiny after the buff to 323 attack. We think you will find both videos extremely useful so watch them and let us know what you think.

Is this weapon now overpowered or do you completely disagree?