We have confirmation that the Gjallarhorn is back in Destiny. The bad news though is that it’s going to be locked to pre-ordering the Destiny Rise of Iron DLC expansion, due out September 20.

The Iron Gjallarhorn is going to be the new version of the fabled weapon and thanks to some Snapchat leaks, you can see a blurry image of it below.

Remember that you’ll get the first official look at it during Bungie’s Twitch stream which kicks off today, 10am Pacific Time so for those consider this a little taster. 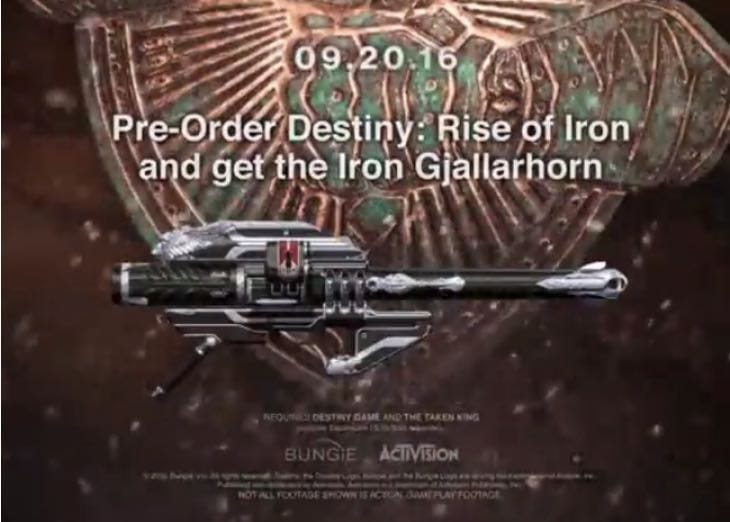 As we wait for more details from Bungie, we want you to give us your best theories on the Iron Gjallarhorn perks and if you already predict that it is going to be overpowered like the Year One version, before Bungie stepped in with the nerf.