You’ll be pleased to hear that the Destiny Iron Banner November 4 location for Lord Saladin isn’t difficult to spot. In fact Lord Saladin is in the same spot as last time next to the Bounty gentleman at the tower.

While this previous area was closed off, it should now be accessible on Xbox One and PS4. We’ve attached a screenshot here anyway just to show you the exact location if you haven’t used Lord Saladin before. 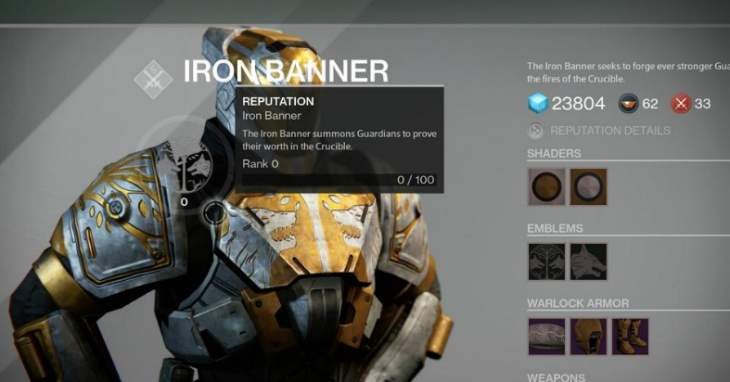 Some important things to note though, as it looks like Bungie has reset reputation to 0 with the new arrival of Iron Banner. Another screenshot shows you confirmation of this and it may come as a surprise since we had no idea that Bungie were planning to do this.

Just as last month’s event, the November Iron Banner end time in the Crucible should be one week later, so around November 11. Let us know if you are already playing and if you agree that it was a bit of a shock to see reputation reset.