Some interesting Destiny news has appeared this week, in the form of a discovery that one player has been spotted with light level 42 Vault of Glass gear.

Not only that but we can also see that the same player has a Icebreaker with 347 attack in their inventory. If you play the game, you’ll know that this currently isn’t possible at the moment – unless you are a Bungie developer testing the game of course.

Watch the clip below and you’ll see the user ‘BungieHelp02’ testing out existing weapons and armor with increased stats that currently aren’t in the game at the moment.

The reason, is likely due to the fact that Bungie may be planning to bring House of Wolves DLC gear with the stats that we see in the images and in the clip below. 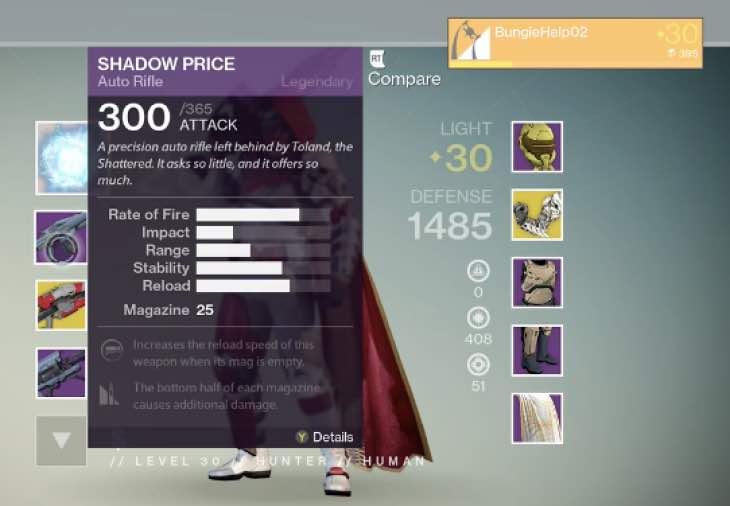 Bungie obviously does not want to reveal the names or abilities of new House of Wolves gear yet, so they may have decided to publicly test with existing gear in the game in the hope that nobody noticed.

The secret is out though and we see the Icebreaker with a maximum attack of 347 and also the Shadow Price legendary auto rifle with 365 attack.

Elsewhere there’s Vault of Glass armor with light level 42, so it’s very interesting stuff. Is Bungie essentially confirming that the House of Wolves Legendary weapons are going to be arriving with 365 attack?

Watch the video below and we’ll let you know once we have more details on this for you.