Bungie has now sent out the first details on the upcoming Destiny 2.0.0 update. It is going to be a massive update and probably the update that will forever be known as the update which finally ‘nerfs’ the Gjallarhorn.

We can see that Bungie is specifically targeting this weapon in their next update, to say that they will reduce the damage of wolfpack rounds.

Why are Bungie doing this? They have said that they want to promote variation in the game and stop players using a single weapon with their Destiny sessions.

This was obviously what many players were doing with the Gjallarhorn and it’s a reason why players look to Xur each week to see if he has this weapon above anything else. 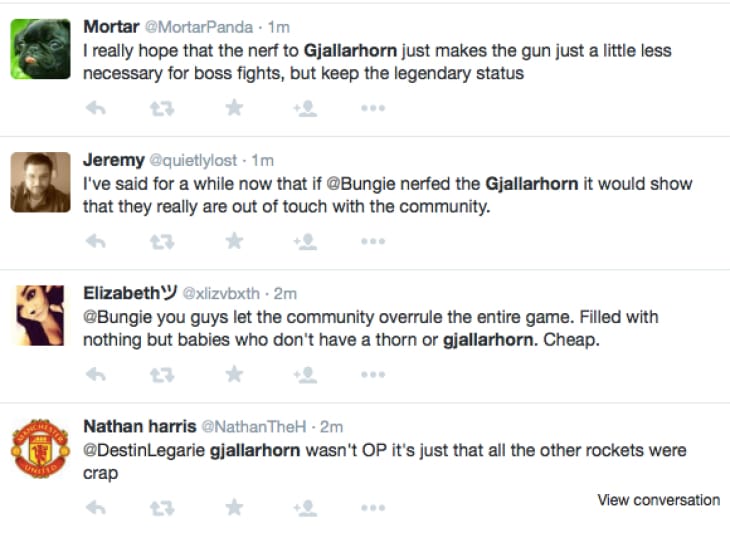 As you can imagine, those who have been using it are not very happy with the nerf at all – maybe even a few of you will be shedding a few tears upon hearing this.

Aside from the Gjallarhorn nerf, there’s a ton of other weapon tuning in Destiny patch 2.0.0 too. The Icebreaker is also on the hit list so you should check out Bungie’s latest post for the information.

Going back to the Gjallarhorn though, what is your reaction to this? Players who have only just acquired theirs won’t be happy, but for long time users do you agree that this was a change that simply needed to be made?