If there was one weapon that Destiny players want to see with the Xur location on June 12, it is the mighty Gjallarhorn. The exotic rocket launcher hasn’t been seen from Xur this year as far as we’re aware, but rumors suggest that the Gjallarhorn is still included on Xur’s loot table.

Players will have a hard time believing that though, since the Gjallarhorn hasn’t showed up in recent months – let alone for 17 strange coins which seems awfully cheap for such a god-tier weapon.

Last week, Xur sold the Mida Multi-tool exotic scout rifle, a weapon that we have seen time and time again in recent weeks. 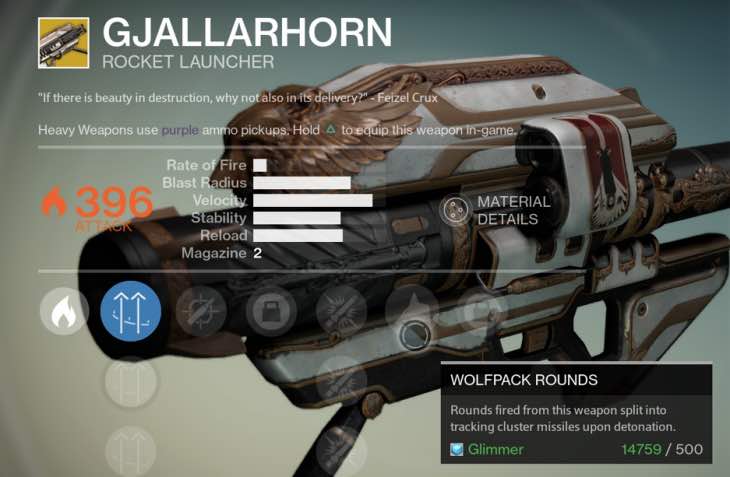 The Gjallarhorn however remains a mystery and until it appears or Bungie comes out and officially sets the record straight – we will never know if it really is on Xur’s loot table and we have just been extremely unlucky every week.

Are you still hoping to se the Gjallarhorn from Xur every Friday, or do you agree with others in saying that it is better left off the loot table in order to preserve the balance?

Then again, some say that if Xur can sell the Ice breaker, why can’t he offer the Gjallarhorn too? Either way, look out for Xur’s arrival time on June 12 at 10am UK, 2am Pacific and 5am Eastern Time.

Let us know your thoughts on this and if you still need a Gjallarhorn.

Update: Xur is live and his location for June 12 is at the bar, by the hangar. Check out what he is selling here.