The Hall of Souls in Destiny is key for starting the King’s Raid and hopefully with this map that we have for you, you won’t get lost again.

You’ll be surprised to find out how many comments we read about players getting lost and going around in circles, so if you are just starting out on the Dreadnaught it is good to save this image for future reference. 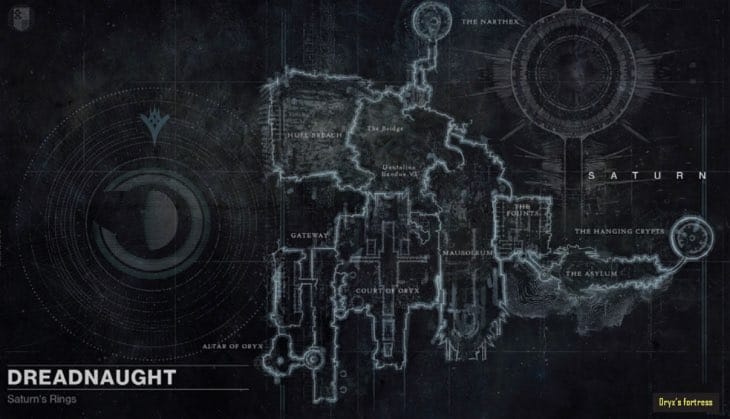 Above is the map which shows the general outlook of the Dreadnaught map in Destiny, along with key points of interest such as the Court of Oryx where the Hall of Souls is, the Asylum, the Altar of Oryx and the Hanging Crypts.

You can zoom in to all these different areas by examining a larger version of the Dreadnaught map here – this is the one which you may want to bookmark.

Apologies for those that already know their way around the map and are pursuing other agendas such as the Touch of Malice. For new players though, it should definitely come in handy when getting stuck at times.

Let us know how you navigate around the Dreadnaught effectively and if you have any tips to share for those that are just starting.