It looks like the Destiny servers are down again for all players, as we are getting persistent errors when trying to play. Specifically, one that we haven’t seen before is occurring the most – a Destiny ‘Marionberry error’ with no apparent fix from Bungie.

This has been happening within the last hour or so and just minutes ago we can see that Bungie has now officially acknowledged that there are Destiny server problems on the Bungie Help page.

We’ve had a look for a Destiny Marionberry error fix on PS4, but the only page we found was on Bungie’s website which suggested that the problem was down to our networking – which clearly it’s not. 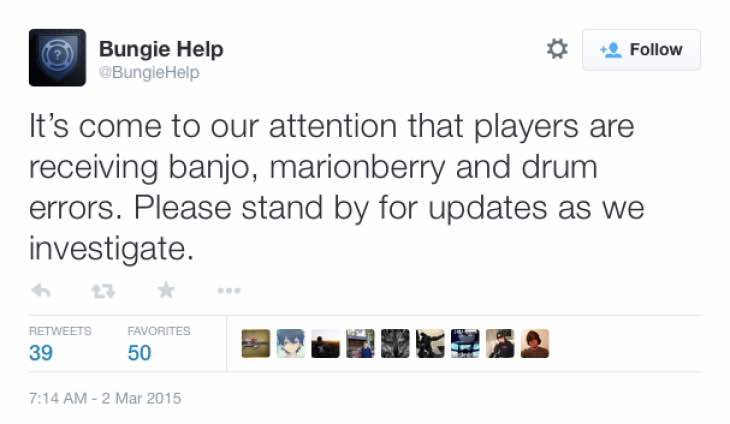 Since then, the Bungie forums have now been updated with a red alert ticker which now states that Destiny players may experience sign-in problems which could result in frequent Destiny server disconnects.

Have you ever seen this Destiny Marionberry error before today and is it what you are also seeing right now on your console? List your platform and let us know if the Destiny sign-in is not working for you at the moment.

We’ll update this if Bungie release an update on the situation.