The Destiny servers should have been back up by now after some scheduled maintenance on June 24, although this isn’t the case at the time of writing. Bungie just confirmed the Destiny servers are going to be down for a little longer today, which is due to an extension to the planned downtime.

Around two hours ago we had been informed that they’d be taking the Destiny servers offline at 10AM PDT and this planned maintenance would only last one hour, but this didn’t pan out as expected. The Destiny server status is still offline, according to Twitter, and we should see everything back up within the next 45 minutes. 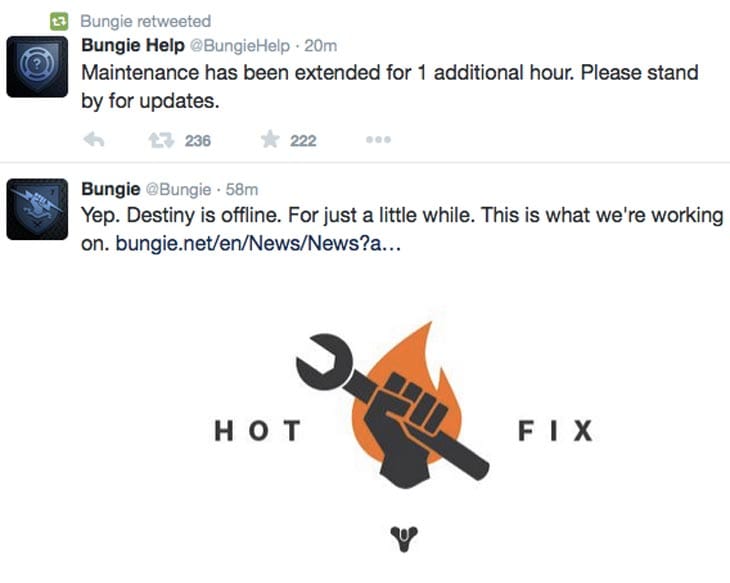 Bungie’s official tweet explained that the “Maintenance has been extended for 1 additional hour”. Other than this information, we were told to “stand by for updates”. Hopefully the outage won’t turn into several hours offline.

Are you happy to wait until the Destiny servers are back online, or are you fed up with servers going down? The downtime is for work being carried out for Hotfix 1.2.0.4, which is for “Passage Coins and Demo weapons”. This story is developing and we will have more soon.