The Destiny servers are not available right now on PS4, as reported by users with some still being able to access PlayStation Network, but not Bungie servers. The official status page reveals Destiny is down today with server problems, although it’s unclear if this is 100 percent unrelated to the PSN issues.

One of our readers stated, “PSN is Online but still can’t sign in”. Another added just a few moments ago, “For those that can’t get in on PS4, it keeps saying Destiny servers are not available”. The latter message seems to be the same for thousands, which is also backed by tweets landing every few seconds. 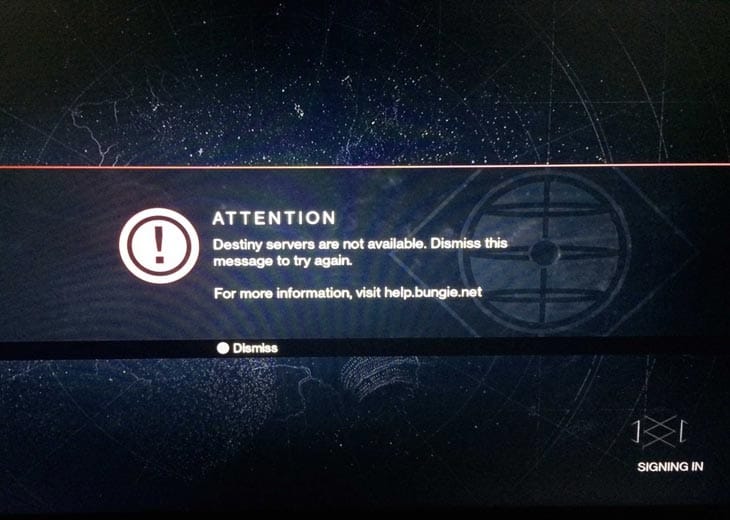 Are you able to access PSN, but still receiving the Destiny servers are not available error? We would love to hear from our readers along with the platform they are using, so leave comments below.

The situation was summed up in this tweet “PSN servers down yesterday, now they’re back and the Destiny servers are down! Just wanna try my new game”. Do you feel this frustration, it looks like bad luck all around for PS4 owners. We will have more information on the server status once it arrives.

Update: Bungie’s last official tweet detailed that PSN servers were gradually coming back up online, although there’s been no confirmation about the current problems with this game directly.