We have some breaking news for Destiny players now, as a new Destiny update for December 9 or Dec 10 depending on location has just gone live.

This is a Destiny 2.1.0 hotfix aimed to fix up some initial problems that have been spotted after the main update went live on Tuesday.

As a result, we can now bring you the Destiny hotfix notes for December 10 as Bungie has already given players a heads-up on what they have fixed. 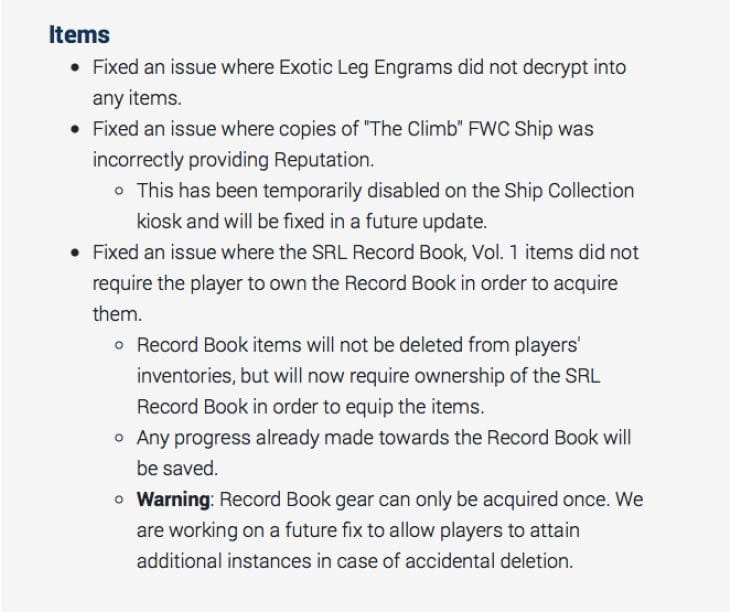 For those that discovered an exploit regarding the new Destiny Sparrow Racing League in relation to the Record Book – this has now been fixed by Bungie so you can no longer do it.

The developer has also said that they have fixed a problem in where Exotic Leg Engrams did not decrypt into any items.

Let us know your gameplay experience after his hotfix has been deployed into servers – remember you won’t need a physical update on your end but it should be live now after brief Destiny server maintenance for December 9 / 10.