Now that the Holiday is over, it’s time to get back to business with regards to the first Destiny update in 2015. Bungie are promising even more content for their amazing game, the most notable of which is the highly anticipated Destiny Crota’s End hard mode release date.

Bungie initially promised that this update would be coming sometime in January, but so far they haven’t revealed the exact date. Our guesses on this is that the mode will be available towards the end of January, but obviously we hope that Bungie delivers sooner.

Why the importance on the hard mode of Crota’s End you ask? Well, it’s a good question as the majority of Destiny players with the Dark Below expansion are still asking how to obtain the Crux of Crota in Destiny. 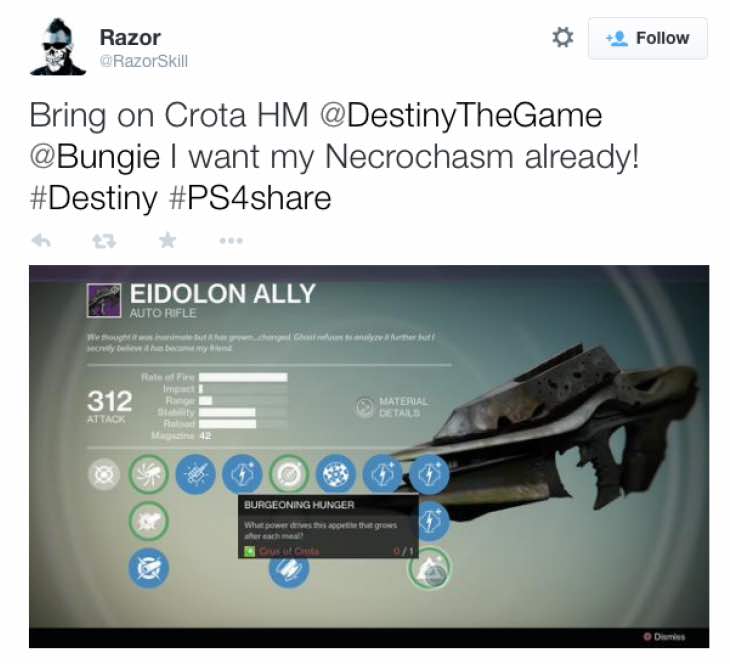 We can tell you once again that this item can only be found in Crota’s End raid on hard mode and it’s the key item that is needed to upgrade the Eidolon Ally to the Necrochasm – the latter of which is likely going to be the best weapon in the game.

We’ve heard some stories on how there is a way to unlock the Crux of Crota in Destiny right now, but as far as we’re aware this is impossible until Bungie adds it into the game.

Bungie are well aware that players are looking for the Crux of Crota, so hopefully they will not keep us waiting much longer. Let us know if you have completed everything that the Dark Below has to offer and if you are just waiting on unlocking the Necrochasm in Destiny.