For those wondering if Destiny will have a Valentine’s Day update for 2016, the answer is yes! For the first time, Bungie is celebrating the holiday with an official themed update in the game which will be known as the Destiny Crimson Days update.

The release date for Destiny’s Valentine’s Day update is February 9 and Bungie has said that full details are going to be revealed during the next Weekly Update.

In the meantime, we do have some initial info on Crimson Days to share. It will offer a new 2v2 mode called Destiny Crimson Doubles. 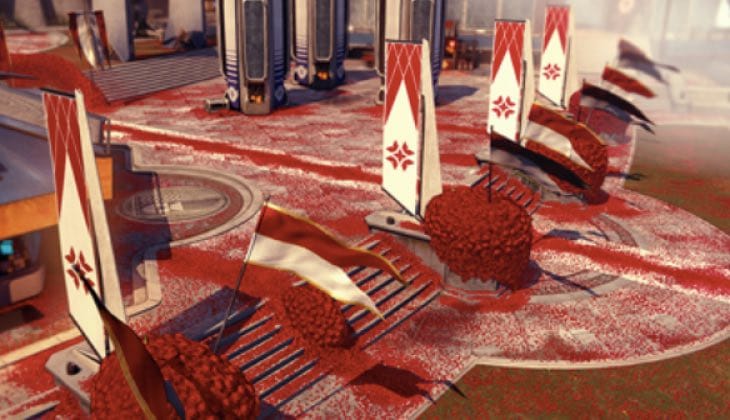 This is going to be an 2v2 elimination match with the first team to five rounds winning. The big twist is the Crimson Doubles buff called Broken Heart. When your partner dies you will be buffed by being faster on the draw and have the ability to recover from damage quicker.

This buff will last until you revive your teammate, the round ends or if you are killed yourself – a very nice twist which will make this new mode very enjoyable for Valentine’s Day. 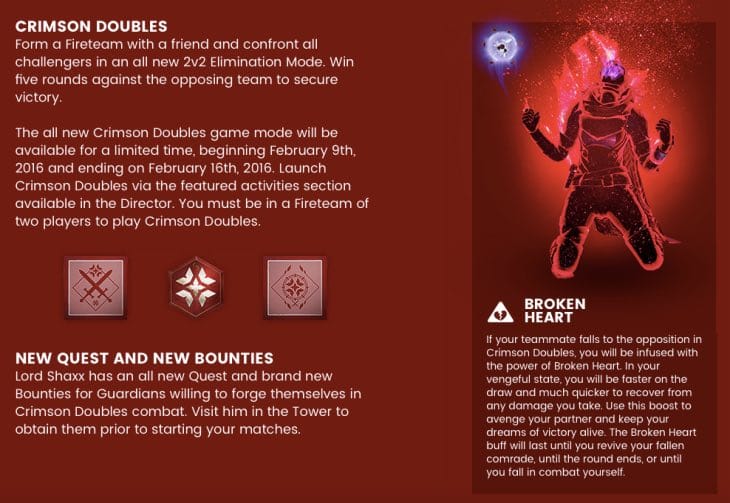 For those that want to know exactly how to play Destiny Crimson Doubles, we’ve included the official rules from Bungie above.

Let us know if you have any questions on the upcoming PVP mode and more importantly – who is your chosen partner?