We have a heads-up for those that continue to use Destiny cheats such as Lag Switching in order to gain an advantage over other teams in the PVP Crucible.

Bungie has warned that they won’t hesitate to hand out permanent Destiny bans to those that they catch doing it.

These bans cannot be reversed and apply to all aspects of the game, unlike temporary bans which can affect specific activities only.

We know that players are using Lag switching right now and if you haven’t seen it in action yet, you can watch the video below to get an idea of what it looks like – manipulating network traffic in Destiny in other words. 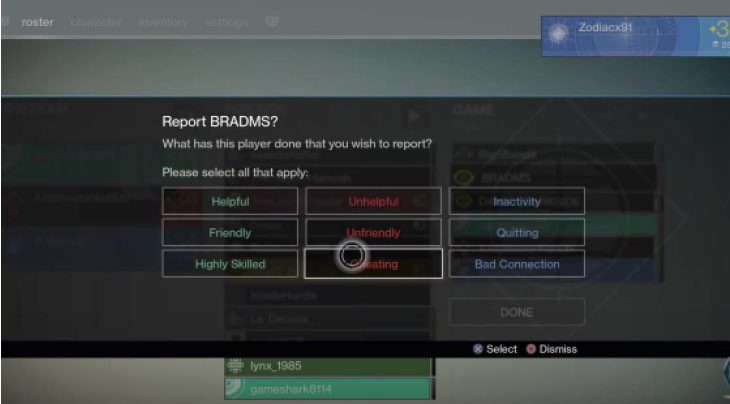 Bungie has mentioned about their ongoing efforts to crack down in their latest Bungie Weekly update, remaining players that it is more effective to report Destiny players using in-game tools rather than other methods.

You can see how to report Destiny cheaters by watching the clip below. Have you seen another player lag switch in Destiny?

Let’s see who still has the guts to try it now that the banhammer is fully in motion. Any sympathy for those in the video below who have now been publicly named and shamed?