We have some good news for Destiny players now, as Bungie has just confirmed that in a matter of hours they will be issuing a Destiny update to specifically fix the missing Sterling Treasure that many of you have complained about.

We were one of the ones to tell you about this here, with Sterling Treasure not showing up at the Postmaster as it should be – some players were getting the boxes, but many were not.

Now Bungie has responded and have confirmed below that a new Destiny patch is going live on Monday April 18 at 10am Pacific Time, which is 1pm Eastern Time and 6PM UK time. 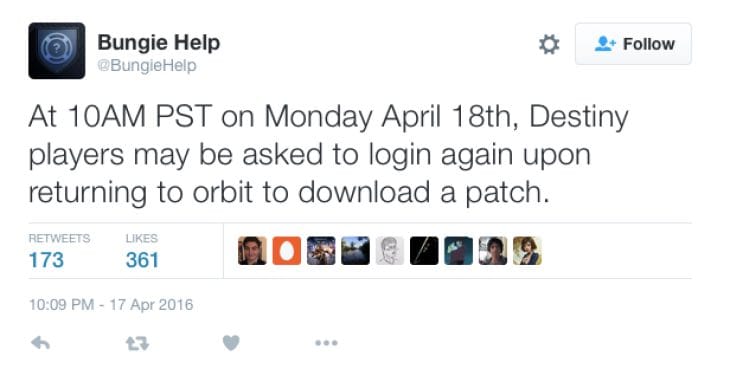 That means hopefully the issue will be permanently fixed before the next Weekly Update for Destiny on Tuesday. Bungie hasn’t said whether a physical update will be required to Destiny 2.2.1, but we have a feeling that it will just be a hotfix meaning that we probably won’t get a full list of notes.

Let us know if you are still getting the problem with Sterling Treasure and we’ll update this if Bungie gives more details of other fixes coming after the April update.