Destiny 2 has finally been confirmed by Bungie, it is official and coming this year. What they haven’t confirmed though is what platforms Destiny 2 is coming to as millions of gamers all ask the same question – Is Destiny 2 coming out for PC?

You’ll be pleased to hear that we may have some very exciting information on this topic. After the initial poster since and the subsequent confirmation by Bungie, several leaks showing a Destiny 2 PC release date have popped up.

The first comes from Twitter user SenSnowy who claims he was able to pre-order a Destiny 2 Limited Edition for PC from retailer GameStop with the release date of September 17, 2017. 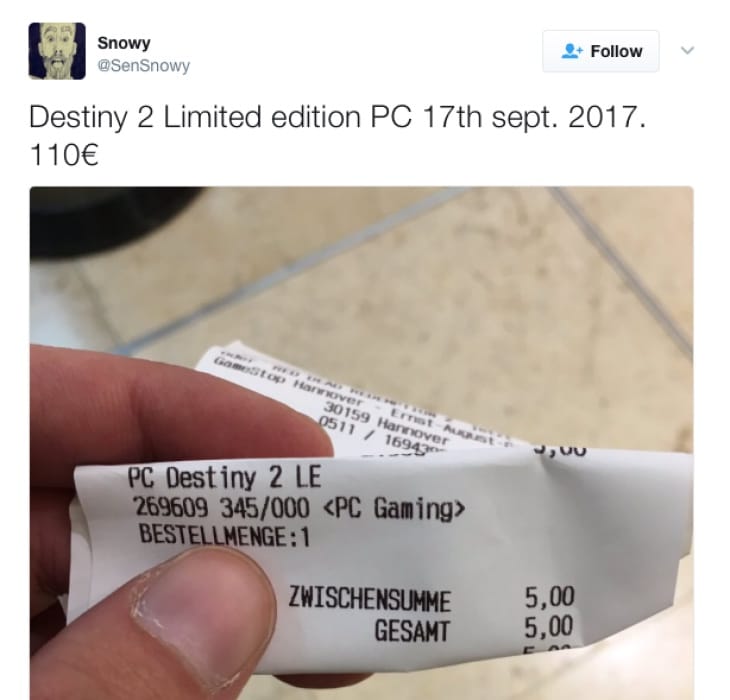 Next, a German retailer by the name of Instant Gaming already has a Destiny 2 Steam pre-order page up. However the date differs as the page currently lists September 30 for the game. 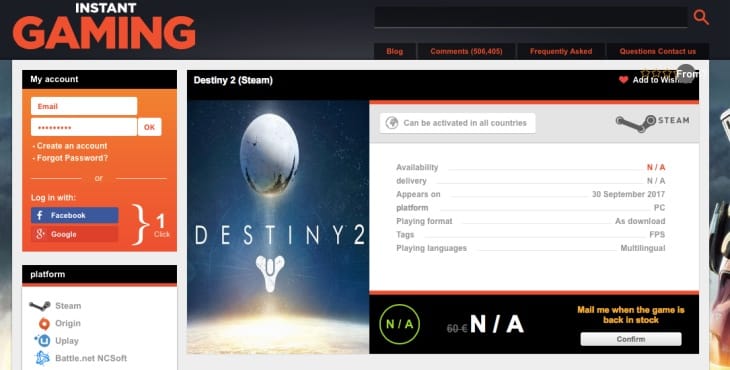 It looks like Destiny 2 is releasing for PC, but what date is it coming out? September 2017 is now looking likely but we say don’t believe any of the final dates until we have confirmation from Activision.

Either way, are you tempted to pre-order early and what does this mean if Destiny 2 is really coming to PC? – we’re talking by way of mods which is obviously a very exciting prospect.