We have a quick heads-up for those that are excited about the next Destiny 2 update in December. Bungie’s Game Director Luke Smith has teased that a live stream is coming very soon and will give you a nice preview on what to expect in the next major update for the game.

We now know that the next Destiny 2 live stream will be next week and will take place on Bungie’s Twitch channel – official start time and date yet to be confirmed.

Below is a preview of what to expect from the show, there is a lot including new reward systems for weapons and armor which should make it an essential stream for you to catch. 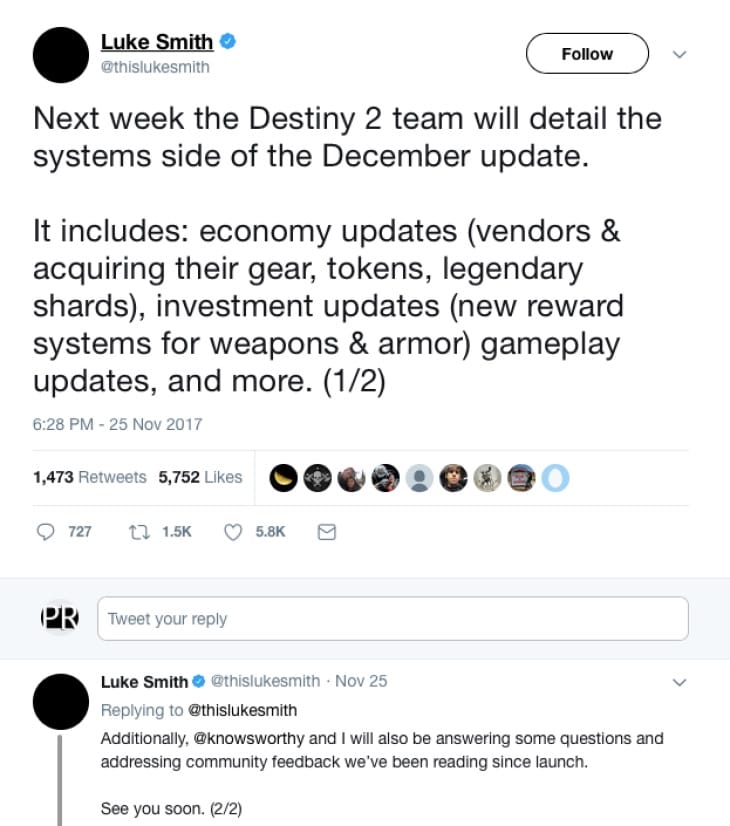 Remember that Curse of Osiris launches on December 5, so this will be Bungie’s last stream before that content goes live.

During the last stream, Bungie even gave a brief gameplay tease for the new expansion so they could be revealing more secrets this week so make sure you tune in.

What are you personally hoping to see from the next Destiny 2 update?