Following on from the big Destiny 2 leak earlier this week, there are now growing concerns that the upcoming Destiny 2 beta may turn out to be timed-exclusive to PS4 and not come out on Xbox One.

If you didn’t see the poster yet, take another look at it below and pay attention to the blue marketing logo in the top right corner.

This is in line with previous PlayStation Exclusive content logos, while the beta text is clearly listed at the bottom of the poster in the same image. 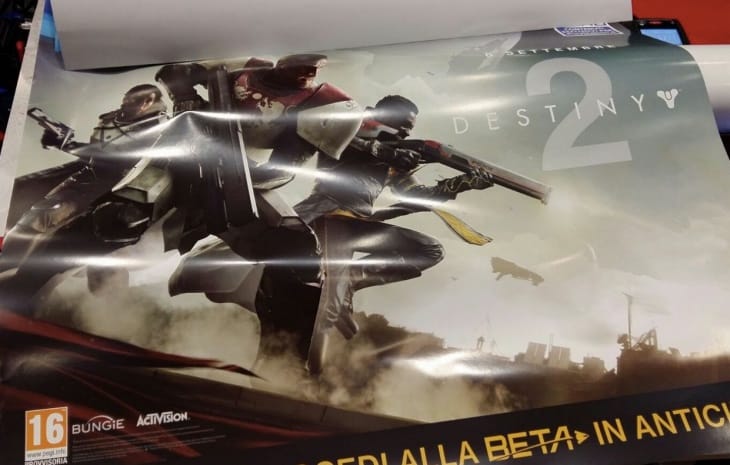 Either way, we know Xbox One owners are not going to be happy with this, especially since it happened for Destiny 1 and they are going through the same nightmare with Call of Duty DLC which is now over on Sony’s side of the pond.

Let’s hope we get confirmation from Activision or Bungie soon. In the meantime, if you played Destiny 1 on Xbox let us know how you feel about this.

We have seen some say that they won’t buy Destiny 2 day one on Xbox if it has PlayStation exclusive content again – do you feel the same way?