We have some more Destiny 2 gossip for you now, following on from the official confirmation of the game.

Earlier this week we told you about leaked posters that has now forced Activision and Bungie into confirming that the game is coming and that Destiny 2 is the official title.

Those posters appeared to suggest that a Destiny 2 beta may be exclusive to the PS4 versions of the game and that Sony will once again have timed-exclusive content which will arrive on PS4 and PS4 Pro first. 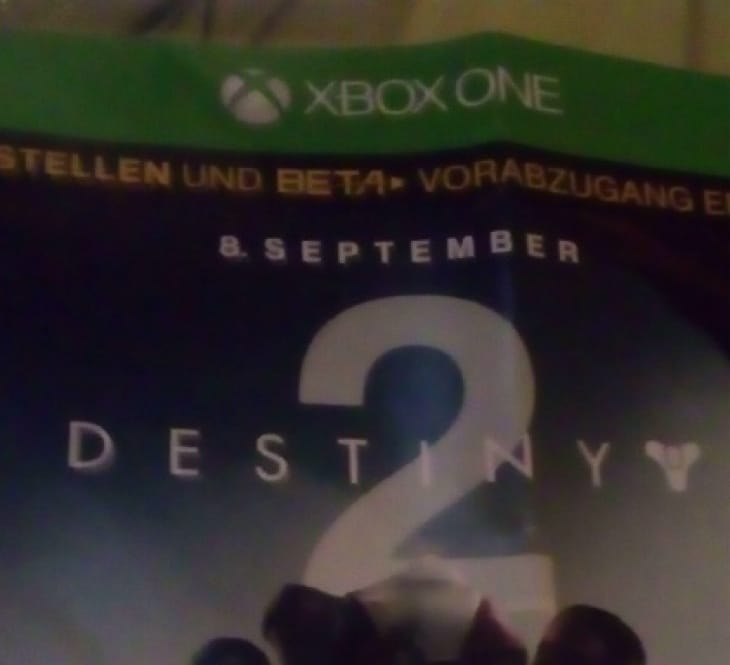 However now we have something which should cheer Xbox gamers up. Another leaked poster shows the same promotional materials which we saw in the other posters but this one is specifically for Xbox One.

Below the image is the same text referencing a beta which means that if true, there will be a Destiny 2 beta on Xbox One.

If we were to predict what will happen, the Destiny 2 beta will be available on all platforms by pre-ordering the game. PS4 owners may get one week early access and then after that the beta could release on Xbox One and PC.

Whispers on social media suggest that the Destiny 2 beta release date could start on September 8, but there is no confirmation of this so don’t take it as a guarantee until we get more info.

As an Xbox gamer who is frustrated over more PlayStation exclusive content, will you still pre-order the game if it means being able to get into the beta?