We have a last minute reminder to all Destiny players now, that we are just 24 hours away from the next major Destiny patch going live. This is Destiny update 2.1.1 which will be released alongside Destiny’s first Valentine’s Day update titled Crimson Days.

With this in mind, we wanted to make sure you all know what time the Destiny February 2016 update is out. Bungie has already said that this should be happening around 10am Pacific Time on Tuesday February 9.

That means an update time of around 1pm Eastern Time and 6PM for those playing in the UK. We should also be able to bring you the full Destiny 2.1.1 patch notes around this time once Bungie releases them – we will update this article when the time comes. 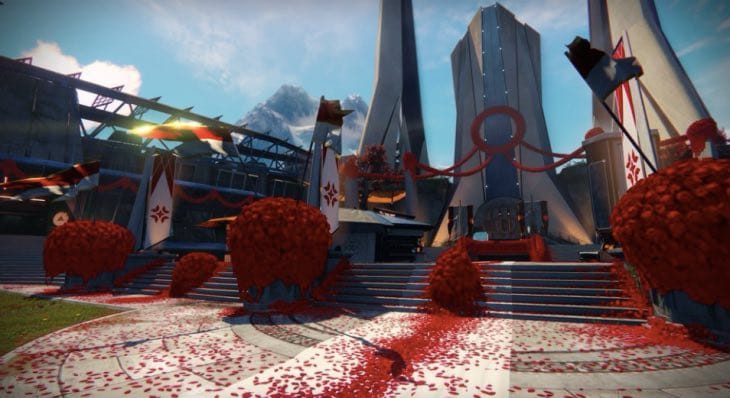 Crimson Days is the big event to look forward to though, specifically the new Destiny 2V2 elimination mode that Bungie has prepared called Crimson Doubles.

If you need a heads-up on the types of Crimson Doubles rewards on offer – recap them here. You’ll also need to know that when Destiny 2.1.1 goes live, Bungie is also making a big change to Special Ammo.

Specifically, Bungie has said that players will start certain matches without Special Ammo, with 3v3 playlists such as Skirmish, Salvage, Elimination and Trials mentioned already.

Come back here later in the build-up to the new Destiny patch going live and we’ll bring you the full notes soon. Are you excited to participate in the Valentine’s Day update?