We now have more details to bring you on the incoming Destiny 2.1.0 update now, which Bungie has been teasing recently and should now be ready to deploy this week.

The Destiny 2.1.0 patch notes are now available for Titans specifically, as Bungie has given players a preview of how the update will specifically change those playing as the Titans.

We have included all of the patch notes below for you to take a look at before the update lands – it could arrive this Tuesday to coincide with the launch of Destiny Sparrow Racing which was announced over the weekend at the PlayStation Experience. 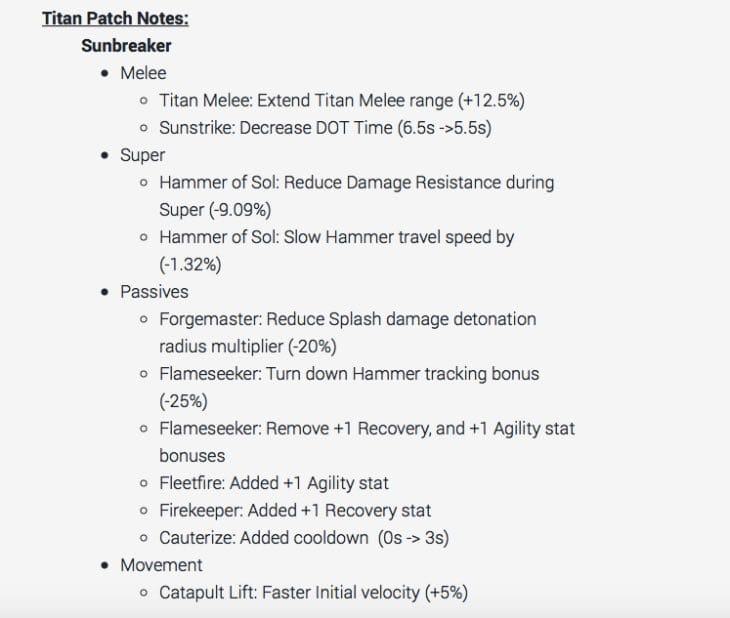 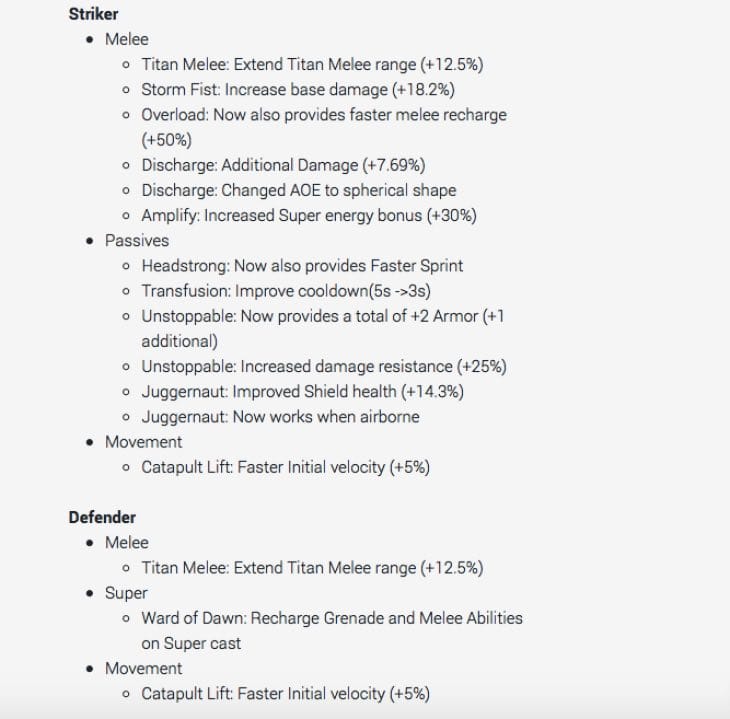 As you can see, there are big changes to the Sunbreaker sub class and not in a good way since it largely looks to be a nerf among all aspects.

At the same time, Bungie are now bringing the Arc Titan back into the limelight with an increase to the average KDR.

Check out the notes above and give us your reaction to them if you primarily play as a sunbreaker. Expect the update and the full notes to go live very soon.