This article has been updated with details on the Destiny 2.0 update patch notes and the download going live. Take a look below the article for a link to the full changelog.

Like many Destiny players right now, everyone is asking the same question on when the Destiny 2.0 update release time is for US and UK.

Unfortunately, Bungie has only decided to give a specific time for the rollout of The Taken King on September 15 – staying silent on the exact time on when the Destiny patch 2.0 will be coming out on Tuesday.

The Taken King will be live at 2am Pacific Time, 5am Eastern Time and 10am in the UK – as confirmed in our previous report here. 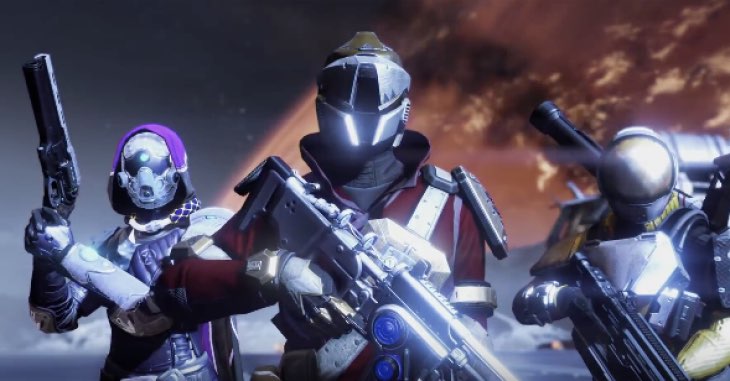 Since Bungie hasn’t given players a heads-up, many are expecting the Destiny update 2.0 time in UK to take place at 10am on Tuesday.

However we’ve also been keeping track of message boards online and some believe that the update could arrive as late as 6PM UK time on Tuesday, going on past release trends for Destiny updates.

If true, that means that the Destiny update time for 2.0 could be 10am Pacific Time and 1pm Eastern Time – it is well worth bearing this in mind since Bungie hasn’t given us a strict timeline to follow. 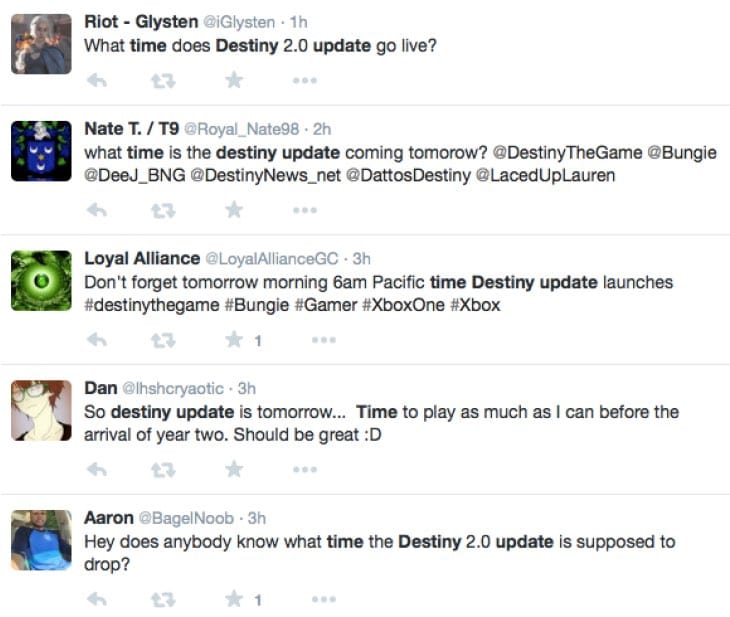 Obviously we can’t confirm these times ourselves but it does give you a heads-up that UK players may be waiting as long as 6PM UK time on Tuesday.

Are you a bit frustrated that there is no indication from Bungie? Let us know where you are playing from and your anticipation for the update which will prepare gamers for The Taken King next week.

Update: The Destiny Year 2 begins right now, as you can download the update 2.0 now thanks to it being live. Full patch notes seen here.