We told you that the Iron Banner was coming soon and now we are almost ready for deployment. Bungie has sent out a final reminder that when Iron Banner for Oct 13 arrives, it will also be coming with the Destiny 2.0.1 update.

This patch is going to significantly impact the way you use shotguns in the game with Bungie giving several comments that this is a change that needs to happen.

The return of Iron Banner is better news though and in a matter of hours we will be able to bring you the full Destiny 2.0.1 update notes to see what Bungie has changed in the game specifically. 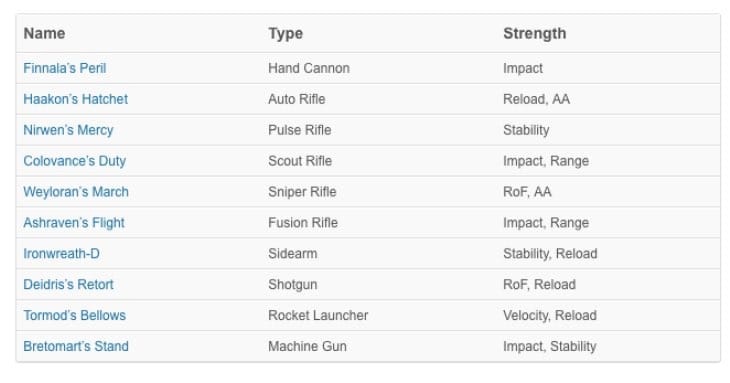 In the meantime though, feast your eyes on the Iron Banner Oct 13 gear above, courtesy of Planet Destiny who have already acquired the list of weapons for your pleasure.

Weyloran’s March is going to be a popular one to go for, while we have a feeling that the Destiny Tormod’s Bellows rocket launcher is going to be one of the highlights of Iron Banner too.

Check out the image below for a preview of some of the new cool Iron Banner armor for Oct 13 that is on the way – we know you are loving that headgear.

Let us know your expectations this time around and whether you are ready to enter the Crucible. What Legendary are you going for?

Update: The Destiny patch notes for the one with Eververse Trading Company are live here.