We are hours away from a huge patch landing in Destiny 2. Update 2.0.0 is on the way and Bungie has already been kind enough to give an early preview of the Destiny 2.0.0 patch notes or the Destiny 2 1.23 notes on PS4 and Xbox One specifically.

This has to be one of the biggest updates that we have seen for the game since launch and for those that haven’t had a heads-up on the update contents and the schedule for when the update arrives exactly, Bungie has everyone covered.

We can tell you that for the August 28 Destiny 2 patch, there will be four hours of maintenance. This will start at 9.30am Pacific Time, which means 12.30pm Eastern Time and 5.30PM uk time. 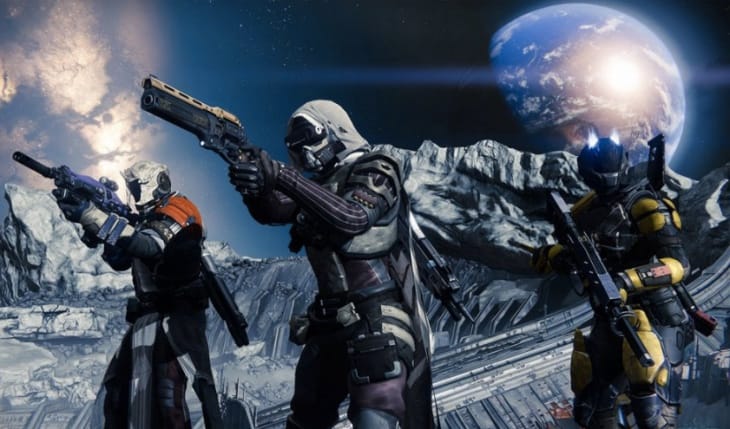 That is a very long time to wait of course, but here are the changes to expect once the update is live.

If Bungie adds more notes, we will update this article, but this is the list so far according to the developer:

Marksman’s Dodge is now considered a reload; it can interact with Kill Clip, Rat King, etc.
Exotic armor:
Celestial Nighthawk
Will grant 33% of your Super energy back if a target is killed by the Golden Gun shot
Wormhusk Crown
Will no longer start regeneration of health and shields
Instead will grant a larger health and shield bump at the beginning of dodge instead of at the end

Rally Barricade no longer requires players to take cover to reload–it now feeds ammo to your magazine over time
Exotic armor:
Helm of Saint-14
Now grants allies an overshield for a short duration when they’re passing through Ward of Dawn
Mask of the Quiet One
Increasing energy gain from incoming damage
While critically wounded, health will be granted from kills

Swords will have the ability to accept shaders
Adding a timer to the status effect for Healing Rift, Empowering Rift, and Rally Barricade to communicate the time remaining before they expire
Wanted escapees from the Prison of Elders will roam the open world
They will not drop rewards until September 4, 2018
Increasing the difficulty of Lost Sectors
Example: EDZ Lost Sectors will become 240 Power

Let us know when you have the update or if Bungie changes the version number on PS4. We’ll let you know in the comments section when the update is live.