We have a quick heads-up for Destiny players now. For those wondering what the new Destiny update today was for, Bungie has issued a hotfix to fix some of the initial problems regarding Destiny’s The Taken King Collector’s Edition.

This file shouldn’t take long to download, but we have heard from some of you that there’s some confusion seeing a Destiny 17GB update today that most of you thought you already had – yet the PS4 is making you download it again.

The Destiny hotfix this week is the Destiny 2.0.0.2 update and we have the notes direct from Bungie below – relating to the way items are delivered within the Collector’s Edition. 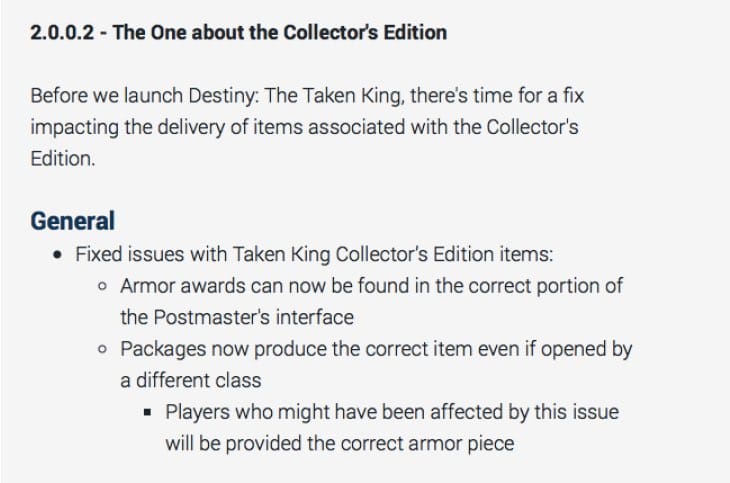 Hopefully those who are having issues with a long Destiny update today will be able to get some answers from Bungie as it could be a glitch that has occurred with the rollout of this minor hotfix.

Are you one of the ones who have experienced a big Destiny update file re-downloading again?