The Destiny 1.12 update has gone live just a few hours ago on PS4, which follows details in regard to patch notes 1.2.0 yesterday. This is the version number for Xbox One, PS4, PC, and other consoles that’s obviously different to file versions by platform.

You can see a PS4 screenshot below after we installed the Destiny PS4 update, listed as 1.12 on this particular platform. As per normal, you see this screen after clicking update history on the icon, but in this case there’s no patch notes listed. 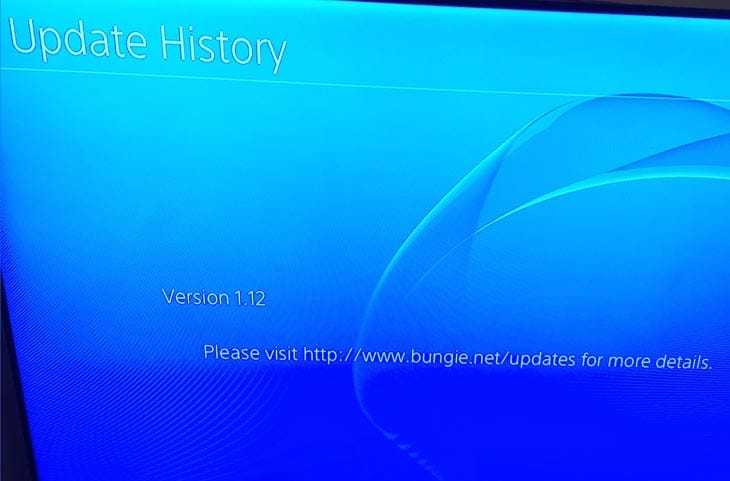 There’s many changes within the Destiny 1.12 PS4 patch notes, as with other platforms, but in regard to weapons we have noticed some key changes. You will see the Hive Disruptor and Oracle Disruptor perk trigger a lot more, but doing less damage after installing this update.

Also, there’s many fixes to weapons like an issue with Vex Mythoclas not containing primary ammunition after respawn, and a number of fixes to the Hive Disruptor perk in different scenarios.

You can see the full list of patch notes on Bungie at this page. The update brings many fixes and enhancements to the User Interface, Audio, PVP, Weapons, and some more technical problems like with Xbox One consoles crashing after too many explosions being generated.

This patch also adds support for the Destiny House of Wolves DLC. Are you ready for the next expansion and do you think the game is ready?