We have the latest Destiny news to bring you now, as Bungie has once again reiterated that the Destiny 1.1.1 update is coming to players very soon.

There’s no exact timeframe for the update yet, but Bungie has now said that players should expect it to drop before the end of February – so it could be at the end of this week considering February is a short month.

The developer has detailed another of their blog post updates and in it they confirm a few key changes that are coming with the next Destiny patch.

Perhaps the key one to pick out is that following on from the Destiny 1.1.1 patch, you will not be able to solo Weekly Heroic Strikes any more. 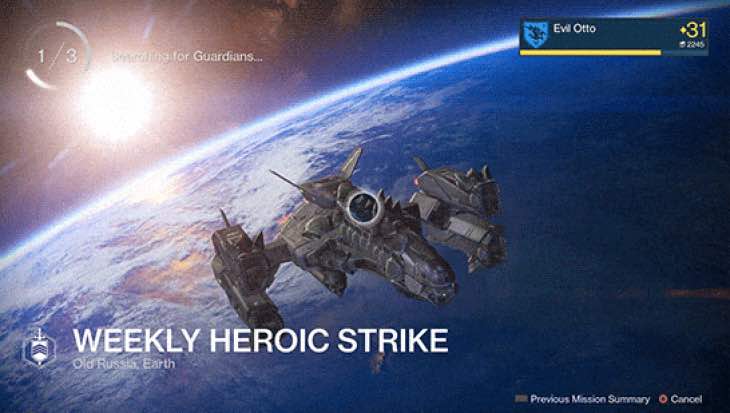 Bungie has said that they are also making the Weekly Heroic Strikes part of the matchmaking process, but the raids will remain unchanged.

There’s mixed feelings about this as you can imagine, but overall Bungie is doing it for the good of game balance.

What are your thoughts on this big change to the game – do you support the decision to remove the ability to solo weekly heroic strikes or not?