Bungie has pushed out the Destiny 1.0.2.3 update with patch notes that fix problems after servers seemed to go down since the PS4 2.0 firmware released earlier today.

This update to Destiny will bring many improvements and fix certain server issues, as detailed in the patch notes below. Player experience will change in a number of ways within Destiny after installing the 1.0.2.3 update, which includes in the Raid to deliver unique endgame moments. 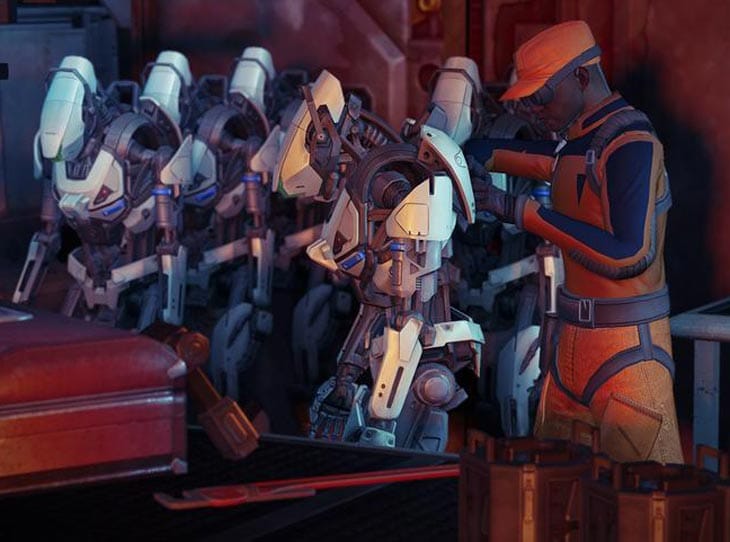 In relation to Destiny and Bungie servers, an issue has been fixed where a few people were kicked and then received a server error. There’s also improvements to account security against corruption.

You can see the finer details within the changelog below. Take a look, and then let us know what you think of these stability improvements, fixes for servers, and other details. 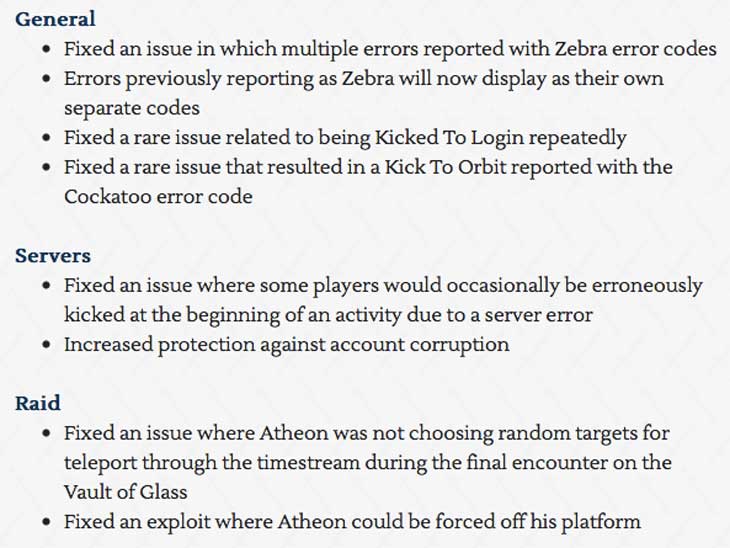 Update 1.0.2.3 is live! You will need to log in again after returning to the title screen, but you will not be kicked from activities.

The tweet above was made on the official Bungie account and announcement the explained Destiny’s latest update is now live. The message detail the need to sign-in again after heading to the title screen.

How is Destiny servers performing after the 1.0.2.3 update and is anything missing from the patch notes, which still needs fixing?