After Ukrainian president Viktor F. Yanukovych fled Kiev last week the world has had the chance to see his lavish residential complex, which includes a golf course, a zoo and even a fake pirate ship, but his fleet of motors is bound to make any collector envious.

From the images that have emerged many vehicle enthusiasts will be able to recognise some of the cars in his collection, although we are still under the impression the full list of his automobiles have not been divulged. In an informative article on The New York Times they discuss how Yanukovych’s fleet was like a private automotive history museum including boxy Soviet-era luxury cars like the Zil limousine, not to mention vintage military vehicles and motorcycles.

A 1950 Bentley Continental S1, a 1963 Chevrolet Impala and mid-1930s-style Ford hot rod were just a few authentic motors that have been spotted, although some may feel it is not as prestigious as Jay Leno’s fleet of McLarens and Ferraris or Jerry Seinfeld’s Porsche collection.

We would love to see the full list of the vehicles from Mr. Yanukovych’s taxpayer-financed garage as a television reporter known as Kostyantyn Andriyuk for the 1+1 Ukrainian network took the photos of the president’s collection, also recording them on video. The first video was mainly to organize an auction sale with the money being sent to charity, but it seems many people would like to see this as a museum. 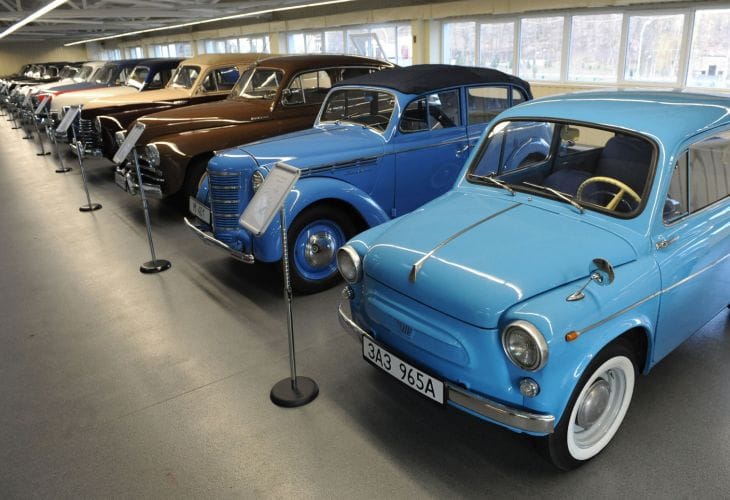 Apparently, the whole complex of Mr. Yanukovych’s private residence is owned by the state and many of the cars are now seen with placards in front of them introducing the vehicle much like that in a museum. Some reports suggest around 70 motors in total, although a 1935 Horch 855 Special Roadster is missing from the collection, which is worth over than $2 million and there are only around seven of these left in the world.

Mr. Andriyuk feels that all the cars should be put in a legitimate Ukrainian museum giving us reason to believe they should have a specific section labelled the “Museum of Ukrainian Corruption.” Do you think the cars should be auctioned off and the proceeds given to charity?