Those who are looking forward to new COD AW content on Xbox will be getting a treat this week in the form of the Denial eSports Character Gear set for Advanced Warfare.

You may have forgotten, but now is the time when SH Games uphold their promise to put Denial into COD AW forever, with the unique gear set to coincide with the Denial eSports team winning the COD 2015 Championships.

On Tuesday July 7, the Denial Champs gear will be out on the Xbox Store Marketplace – presumably when Microsoft update the store with this week’s new content. 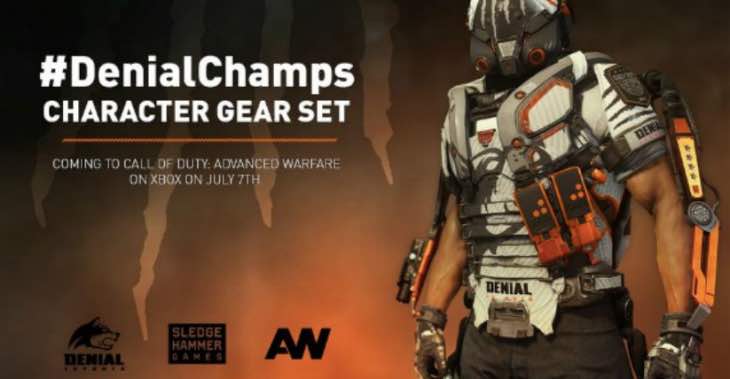 We can give you a great preview of what to expect, as SH Games has released a new image of the gear via their Twitter account just hours ago.

The gear will feature the trademark wolf logo which Denial displayed at the tournament, along with some custom features designed specifically with members of Denial.

Those who need an introduction to why this gear has been chosen for the game, can watch the video below that SH Games has put together recapping the 2015 COD Championships.

The gear will be available on Xbox first, followed by Playstation and PC afterwards via supply drops. Let us know once you have it!