There has been quite a bit of speculation about the range of Dell laptops being made ready for release. Now today we have the news that Dells XPS 15z MacBook rival could be available from tomorrow following a leak.

Electronista has an article reporting that the new device will also be priced at $999. It was reported before the new laptop is promising to be the thinnest available of its size, and the design is now thought to be mirroring the 15-inch MacBook Pro, but some think it could go up against the MacBook Air. It has similar speaker grilles with an aluminum frame and black bezel.

The new laptop is also thought to be powered by Core i5 and i7 processors. Dell have been having a tougher time in the home PC market recently, but is now looking to turn this around with the development of more advanced devices. 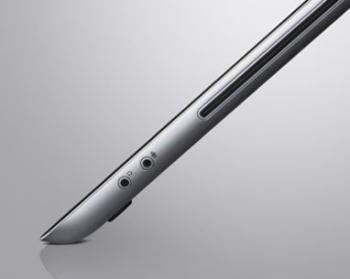 The company has recently been left behind when it comes with research, with only 1.1 percent of revenue spent compared to 3 percent of Apple’s. Dell had previously thought tablets wouldn’t catch on according CEO Michael Dell.

Do you like the look of the new Dell laptop?