For all those who may be interested in the wave of Windows Phone 7s, we have come across some interesting reviews about the new Dell Venue including specs. Unfortunately the handset is still only available for those in the East, Hong Kong and South Korea.

Never the less, Engadget have managed to get their hands on this Android phone describing it as ‘the must-have phone.’ According to the article, which can be viewed here, there are some ‘tweaking’ issues that can hopefully be amended before the handset reaches other countries.

The phone layout itself comes with a QWERTY keyboard similar to that of a Blackberry, and although it won’t compare, according to Phonedog, who also have managed to produce a first-hand review, they claim it still manages to get the job done. For more information on specs from their Dell Venue review, visit their site here. 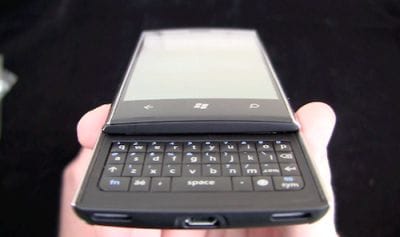 You can also view other news and possible release dates of the Dell Venue. Let us know what you think about the reviews above. Will the Dell Venue be your next phone?