We have some great news now for those of you who live in the UK and are waiting to hear news on when the much-awaited Dell Venue Pro will be released. Judging by new information from online retailer Expansys, the Windows Phone 7 handset will be available this week.

According to a recent article by Darren Allan over on the techwatch.co.uk website, the Dell Venue Pro will be available SIM-free for £440. The upcoming smartphone — which is targeted towards business users – features a full QWERTY keyboard and 8GB of storage.

Other specifications include a 5-megapixel camera with LED flash, 3G and Wi-Fi connectivity, a 1GHz processor and a 4.1-inch AMOLED display with scratch resistant “gorilla glass.” The downsides according to Expansys are the size of the handset itself, and the small amount of on-board memory. 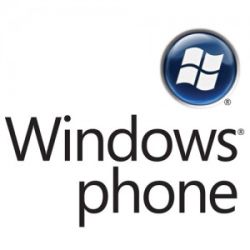 As Phil Muncaster over at v3.co.uk recently reported, the Dell Venue Pro has already seen its UK launch delayed due to battery and Wi-Fi issues that came to light towards the end of last year. The company claimed that the problems were due to 2 errors in the smartphone’s manufacturing.

Have you been waiting for the Dell Venue Pro handset to arrive in the UK?