Tomorrow is Cyber Monday, and while most consumer look at this day as a way to grab a bargain, it is a completely different story for the likes of Amazon, Dell and online reliant companies. Retailers like those previously mentioned have a limited time to make crucial sales to increase profit margins.

Amazon has already kicked off their Cyber Monday deals as a way to help boost profit margins, and the current Dell Cyber Monday countdown in 2013 will certainly help build the hype with consumers ready to push the purchase button.

Dell has struggled in recent years because of increased pressure from HP, although the new threat as you may well know is Lenovo. The problem Dell has is they have to rely on themselves to improve sales, and so become so reliant on Cyber Monday computer deals. 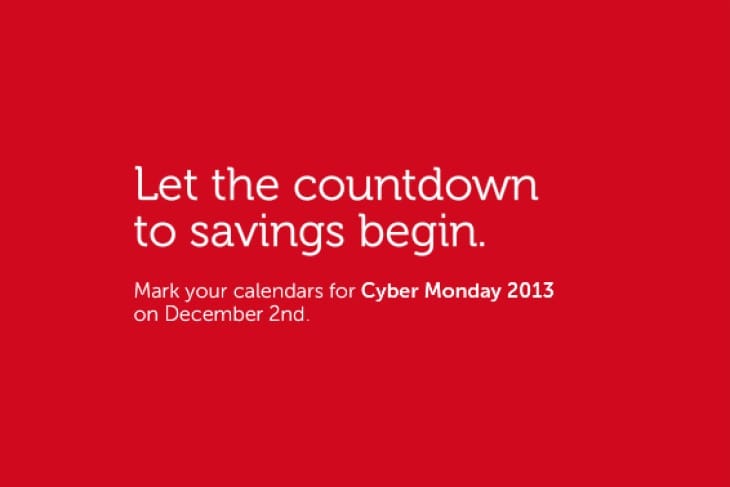 However, the likes of HP and Lenovo can benefit from Amazon, Best Buy, Target and Walmart doing all the hard work for them. At this time of the year all those retailers see an increase in sales on items such as desktops, laptops and other electronics, and as a result helps those other computer makers in the process.

Okay, we do know these other retailers sell Dell products, but they don’t get the same kind of coverage, you only have to look at Walmart and how they favor HP with those WM models.

Dell is not taking this added pressure from new competition lying down though because they are about to open 2,000 retail outlets, as well as a big push in China, which as we know is a very important market to crack — just ask Apple.

However, we have to wonder how Chinese consumer and business users will embrace Dell’s range of desktops and laptops, such as the, Inspiron One Touch and Non-Touch, XPS desktops and laptops, and the Inspiron and XPS laptops as well? We would also like to know if Dell would offer any kind of Cyber Monday deals in China and what kind of success they would have with such an event?

Dell’s Cyber Monday countdown for its 2013 sales can be seen here, and it is worth noting that if Dell thought Cyber Monday was so important for its profit margins, then how come they don’t have this event looming on its UK website?