We have some exciting news for those of you who liked the look of the Dell Streak tablet, as it has just been confirmed that a 7-inch version of the device is coming soon after Michael Dell unveiled it himself.

As reported from Engadget, the boss of Dell took to the stage at the Oracle Openworld event in San Francisco and took with him a 7-inch version of the Android tablet device.

Sadly, he didn’t go into details on the bigger version, but we do have a picture of the device to show you below. As for the original 5-inch Dell Streak, Michael Dell confirmed that the tablet would be releasing in Best Buy stores across the US sometime in October.

Take a look at the pic below courtesy of Reuters, and let us know your thoughts on a 7-inch Dell Streak. 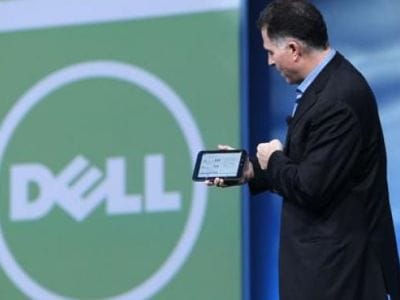