Whenever we think about an Android tablet there are just two devices that come to mind, the Samsung Galaxy Tab and the Motorola Xoom. One has been out for a while, and the other is due for release; but what about the Dell Streak 7? This is still a more than capable tablet and has gone down the smaller form-factor route.

Having a table device that is good will not cut it in this new market, it needs to be something special to compete with the benchmark that is the iPad. However, we already know that the one thing missing that makes the Streak 7 possible to compete with the Apple iPad is Google Android 3.0 Gingerbread Honeycomb(details on the event), as this only comes with 2.2 Froyo.

CNET Reviews has been giving the Dell Streak an extensive review and offers their take on the new tablet, but what do they think when compared to the iPad? The first issue is the screen size, half that of Apple’s device — which I see as an issue. The second issue is the DoubleTwist software; this is not a patch on iTunes. 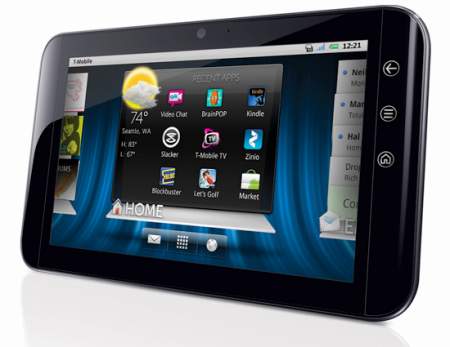 Third and most important is the indecisive accuracy of the keypad compared to not only the iPad but the Tab as well. Having said that, the dual-core processor and 4G network compatibility does help gain it some ground; but is it enough?

Gizmodo do not seem to be big fans of the Streak, saying that not only does the screen size let it down, but so does the performance. This is certainly not good for Dell, and we just wonder why they did not wait and develop it in conjunction with Android 3.0 Honeycomb? Could this come back to haunt them?