The Dell Streak 7 offers an alternative for those of you wanting a tablet, but are unable to afford those at the high-end of the market, such as the Apple iPad. It’s due for release tomorrow in the U.S and we have a roundup of interesting reviews, from those who were lucky enough to get their hands on one before the release date.

CNN say ‘it’s chunkier in shape than the iPad’ but go on to suggest it is still just as comfortable to hold, allowing for a more pleasurable experience when reading or browsing the web. It comes with a Nvidia Tegra 2 processor, Bluetooth 2.1 as well as Wi-Fi and the ability to video chat thanks to its 1.3mp camera on the front and 5mp camera on the back. Read what else CNN thought of the Dell Streak 7 here.

Engadget also got hands on with the device describing it as ‘a honest-to-goodness tablet meant for doing all those tablet-y things’. They go on to say that it runs an Android 2.2 OS but Dell promise a Honeycomb upgrade when it’s finally ready. Read their full review here. 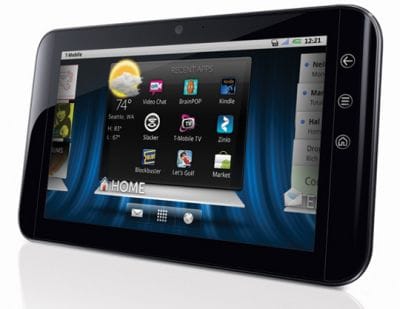 Prices start at $200 when bought on a T-Mobile contract, making it cheaper than rivals such as the Galaxy Tab. The device would set you back $450 without a contract.

What are your thoughts on this tablet? Do you think the prices are reasonable?