The Dell Inspiron Duo that was announced three months ago only has ten days until it is available to buy, and you would not have thought that there would have been another netvertible like it anytime soon. However, we were wrong in that assumption, as Shenzhen has released a KIRF.

Do not expect much from this knockoff, as it is not as sleek and nowhere near as powerful. Lets compare the specs of both devices and you will see just what I mean. The Shenzhen has an Atom N450, the Duo has an Atom N550 processor, the former has just 1GB of RAM whereas the latter as 2GB. 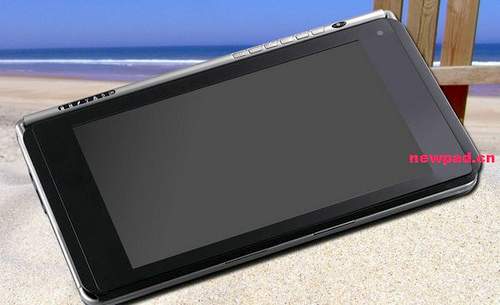 So you know that there seems to be no effort with this latest KIRF, Engadget describes it in just two words “bargain-basement” and I would have to agree. I cannot argue that Shenzhen has made a little bit of effort though with a small optical trackpad and a capacitive screen.

What impressed M.I.C. Gadget about the new device was how it works just as the Dell Inspiron Duo (see video here) does, and the fact that it has a removable battery — something not even the MacBook Air has. I cannot say for certain how popular the knockoff will be, but I do know that it will cost 2000 yuan, which is about $300. For more details visit Newpad.cn.

Do you think that this latest KIRF competes with the Dell Inspiron Duo?