The FIFA 16 Winter upgrades are coming very soon and one player that is certain to get a massive upgrade is Tottenham Hotspur star Dele Alli.

Most will agree that right now, Dele Alli’s rating on FIFA 16 is somewhat laughable with the player only having a 67 rating. In EA’s defense, the developer were probably unaware of how good Alli actually is and that has been justified with his amazing season so far.

Take a look at the current Deli Alli stats on FIFA 16 now thanks to FUTHead just get an idea. 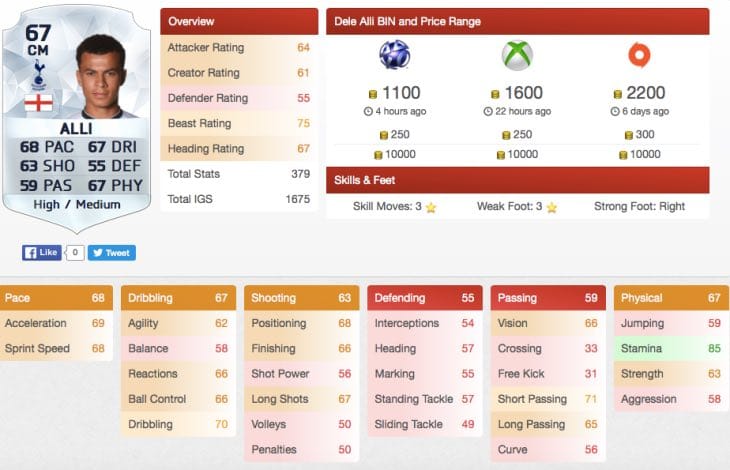 The same player has been scoring goals all season, including Dele Alli’s goal vs Crystal Palace in what most people are calling a goal of the season – Paul Gascoigne eat your heart out?

You can watch the Dele Alli goal video above for a limited time. We strongly believe that he is top of the list for a massive upgrade once the FIFA 16 player upgrades so live so let us know what you think is a fair rating.