Now that we know for certain that there will be no iPhone 5 in June, we will now see if this delay will start to test Apple loyalty. There is also a worry that the delayed device could be Android’s gain, as consumers want a smartphone that offers the latest in technology — something that Apple is unable to offer at the moment.

Ok, so we know that iOS 5 will go a long way in making iPhone users happy, but having it on a handset that is over a year old is a little stupid. Apple now believes that they have a mobile OS that will be able to fire a warning shot across its rivals — but they are all laughing. The reason why is due to the fact that these Android devices have some of the most up-to-date hardware, with a dual-core processor being one of the most important.

IBT points out that it is the iPhone that helps to drive Apple sales, and with no mention of a new one coming we have to wonder how much damage it will start to do. Apple has grown from strength to strength over the years, and it has been a new iPhone in June that has helped to bolster sales. However, they do not have that so far this year; so this could be a testing time for the company. 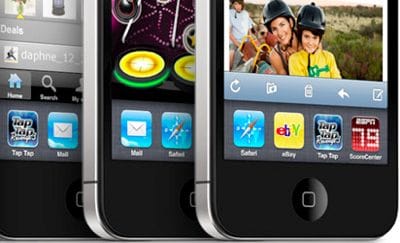 One would have expected Steve Jobs to make some sort of announcement a few days back, even to say that it is coming but will be delayed by a couple of months. It is this uncertainty that will now test how loyal iPhone users are, as Android certainly has much more to offer at the moment.

Is the delay of the iPhone 5 now testing your loyalty?