Upcoming free-to-play fantasy online RPG known as Deep Down has been earmarked as a PlayStation 4 exclusive by Capcom. Today we are pointing our valued readers in the direction of some new screenshots and emerging information about this title that is already accumulating its fair share of scepticism.

Its seems the unjust criticism has come from a lack of a playable female character, and even prior to its release there are concerns that this console based MMO could face server issues if it is shutdown in the future like that experienced with MAG.

Details and new screenshots can be seen on the Dual Shockers website with three new images on offer of which we have one here. As far as information is concerned, the protagonist will have a few companions within the game and players will be able to keep track of them all. 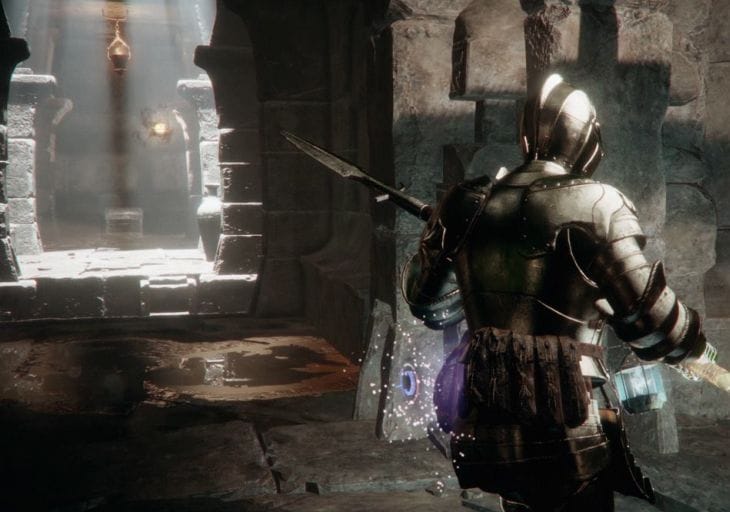 Monitoring them will be achieved with their details being displayed in the player’s room through the wall monitor of a computer named “Sphere“. The Sphere is ideal for keeping track of game events as well as relevant information, while items called “Memento,” are used to enter the dungeons along with the option to reinforce weapons and armour.

Back in December we discussed the PS4 Deep Down graphics as anticipation gathers, and we highlighted the game being playable for the first time at the 2013 Tokyo Game Show in September. So, are you looking forward to a 2014 release of Deep Down? Maybe you feel that a female lead should be introduced.