Before buying a new gadget most of you will have a dealbreaker in mind, this could be the price or some feature it must have, and this goes for the Apple iPad 2 release as well. What will be your dealbreaker for iPad 2?

We’re hearing two features repeatedly from our readers, which they want on the iPad 2nd generation tablet, these are a USB port and SD card slot. While the latest Apple rumors point to these features not being included in the said device, you never know with Apple.

For now, lets say that the “unnamed sources” are correct, and the iPad 2 will not feature either of the above features, what would Apple’s answer be to those that need these features? The first guess would be a suggestion to buy adapters, but then why should you pay more for specs you wanted in the hardware itself. Should you be forced to buy extra items, especially when a USB port and SD card slot are industry standards?

Some business users will upgrade to the iPad 2 from the last generation, this would be a result of either reducing tax with expenses, or a need to have the latest tech, but the wise buyer would be looking for a dealbreaker, a feature the device must have. 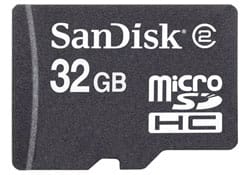 We have received email from some readers who claim the USB port is the only reason they would buy an iPad, explaining they use flash drives all the time and that their data needs to be accessed by external hard drives via USB. Another reader went further by calling it “ridiculous” for not having such a small feature like an SD-card slot, or even micro-SD.

Bigger storage is always welcomed in the new iPad, but expansion via a slot or port is favored among PR readers. Do you feel the same way? Name your iPad 2 dealbreaker in the comments.