When Dead Island launched it received mixed reviews making it difficult to determine whether the game was worth playing or not for those that hadn’t yet. What wasn’t difficult to establish however was how well it sold, shifting over a million copies in its first week in North America alone. This success has inevitably led to rumors that there will be a sequel and a trademark application is hinting just that.

Although nothing official has been announced about a sequel, according to Siliconera the polish developer Techland has just applied for the trademark of the name Dead World. This not only suggests plans for a sequel but also gives us a clue as to what we can expect from the next game, with the title suggesting the flesh eating zombie outbreak may have spread to beyond the dead island, Banoi.

Dead Island has given Techland their best-selling game ever so a sequel will be no surprise. Whether or not Dead World turns out to be it remains to be seen but the evidence seems pretty conclusive to us. In the meantime Dead Island DLC, Bloodbath Arena will be made available this month as we previously explained to you in an earlier article. It will feature four new locations for players to roam as well as a new weapon.

We also previously brought you news that a Dead Island movie was in the works, with Lionsgate heading the development, having obtained the rights to making the game into a movie. A movie like this has great potential for a franchise so it was inevitably going to be produced by someone, Lionsgate seem the perfect candidate having previously brought us things like the Saw series.

Do you think Dead World will be the Dead Island sequel? 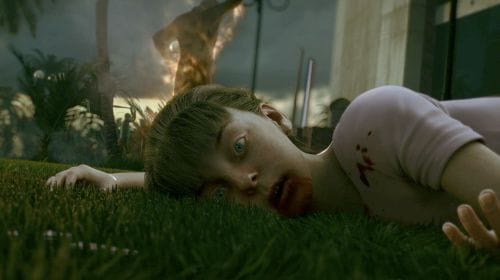